Size: 12.5cm high, 4cm wide, 10cm deep - 5 ins high, 1½ ins wide, 4 ins deep
Although these cast bronze or brass figures are now often treated as freestanding sculptures they started life as part of ecclesiastical furnishings such as baptismal fonts, lecterns, candlesticks or as in the case of this splendid hawk, the central feature of a chandelier.
The medieval church strictly forbade priests and bishops to practise falconry, but they remained keen falconers deliberately misinterpreting the word ‘devots’
(devotees) so that the term would not apply to them. Pope Leo X was such an inveterate falconer that he would hawk in any weather. William of Wykeham, Bishop of Winchester complained that nuns taking their falcons into chapel with them interfered with the service. The medieval Bishop of Ely was so enraged that he stormed back into the cathedral and threatened to excommunicate the culprit who had stolen his falcons from the vestry.
Ex Private Belgian collection the late Mr Guy Onghena
Thence by descent 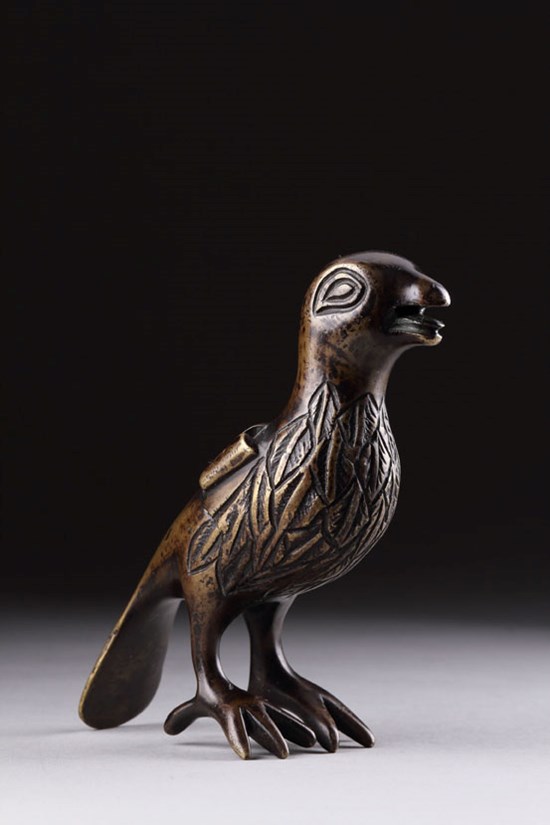 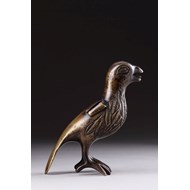 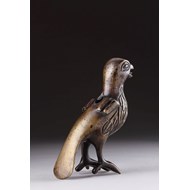 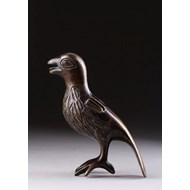 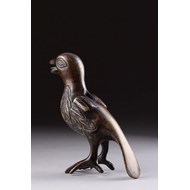 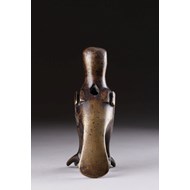 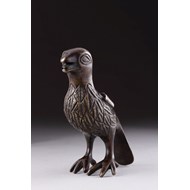 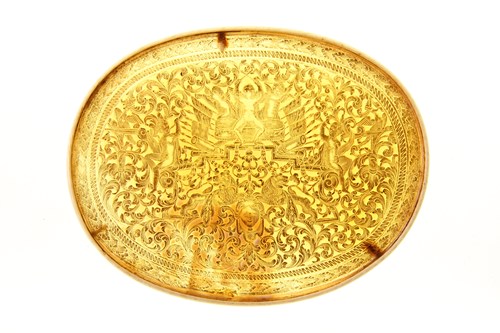 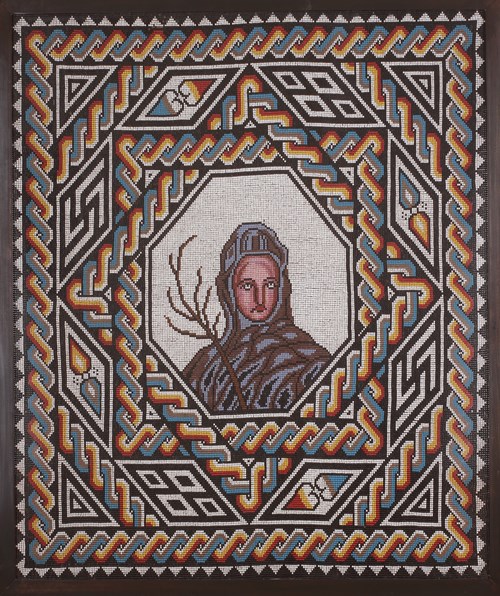 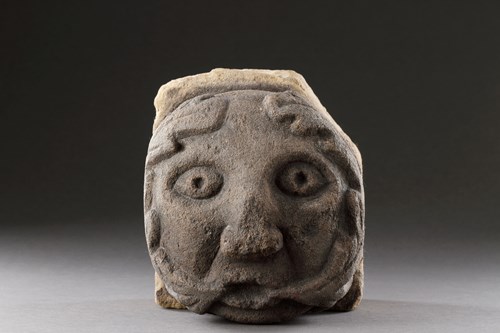 Limestone Head of a ‘Green Man’