Caption Literature
A Fine and Large Portuguese Goa Devotional Crucifix the Polychromed and Gilded Ivory of Christ Crucified on a Coromandel Wood Cross Ornately Embellished with Baroque Silver Mounts standing on an integral Coromandel plinth
The agonising Christ on the cross his head falling to his right with closed eyes mouth open in his call to God long hair carved in undulating locks to his shoulders the well defined torso with flexed muscles and rib cage the arms with veins threaded along their length his hands and feet pierced by silver nails his wounds polychromed red the edges of the perizonum gilded
Fine condition
17th Century
Size: 32cm high, 26cm wide - 12½ ins high, 10¼ wide / 107cm high - 42 ins high (cross and base)
On the 20th August 1595 Father Jerome Xavier of the Jesuit mission wrote to the General of the Society reporting on his meeting with the Prince Regent Salim of the Mughal court: ‘I say the same with respect to the Prince for he was seriously angry with the Mohammedan guide for bringing with him no image of the Mother of God, and when bidding another to make extensive purchases, he particularly ordered him not to fail to bring with him a fine picture of our Lord, and as a Portuguese painter had come with us, he at once desired a copy to be painted of a picture of the Blessed Virgin which we had with us. So also when he came with his Royal Father to our chapel and saw there the child Jesus and a crucifix, he immediately wished to have similar images made of ivory by his own workmen’ (‘Jesuit Missions to the Emperor Akbar’. E.D. Maclagan. Journal of the Asiatic Society of Bengal. 1896. pg. 66 - 67) 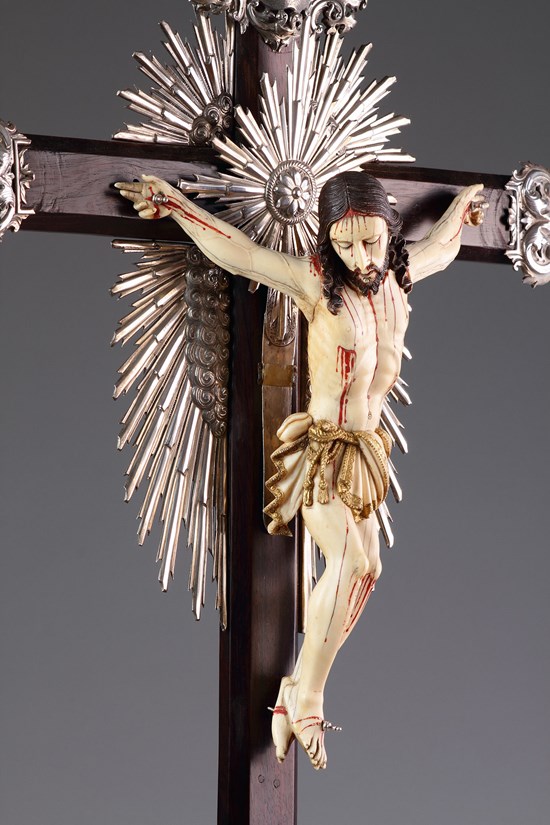 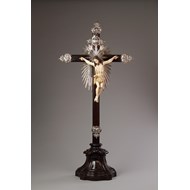 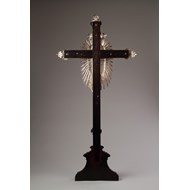 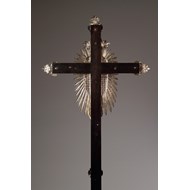 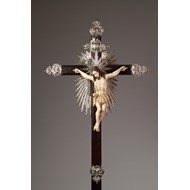 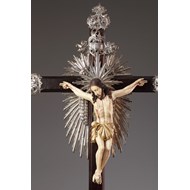 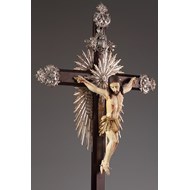 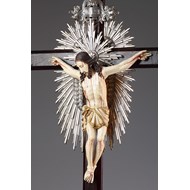 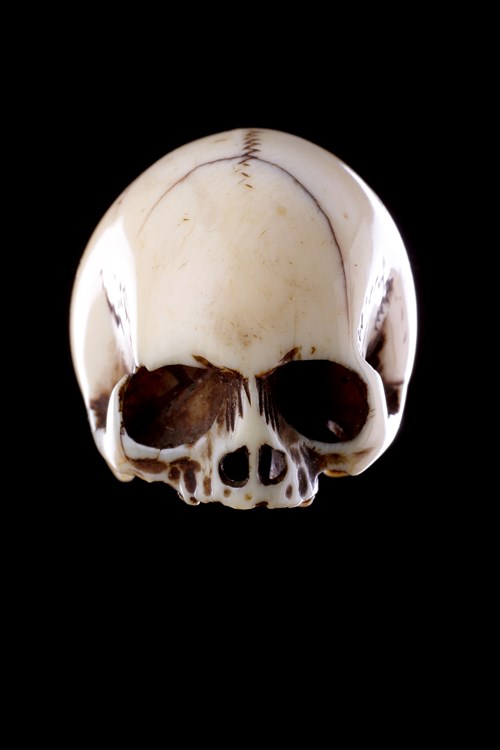 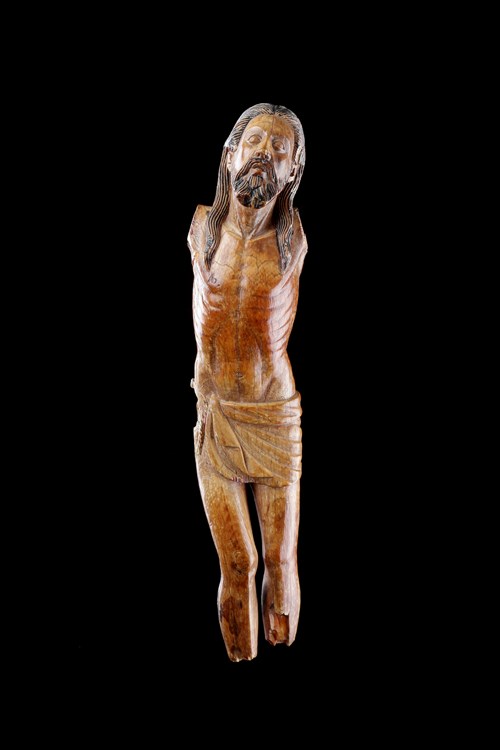 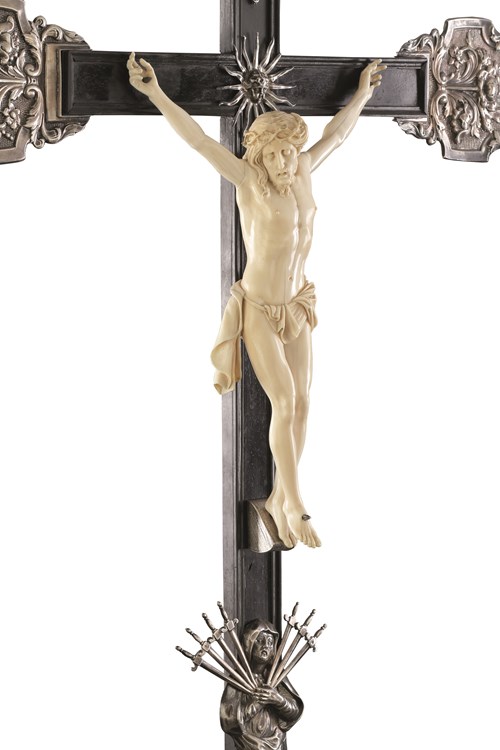