Caption Literature
A Rare Tibetan Gilded Copper Ceremonial Headdress Decorated with Images of the Five Celestial Buddhas who Represent the Primordial Buddha’s Divine Attributes
Inlaid with coral and turquoise the sides displaying auspicious emblems
Old repairs to cheek pieces
19th Century
Size: 42.5cm high, 29cm wide, 22cm deep - 16¾ ins high, 11½ ins wide, 8¾ ins deep / 54cm high, 21¼ ins high (with base)
The image of the celestial crowned Buddha was interpreted differently by various Buddhist communities partly because tantric practices and rituals in Tibet were shrouded in mystery and secrecy in order to protect them from the more mainstream conservative devotees and also to give them added potency.
In 1410 a renowned Buddhist teacher Lama Tsongkhapa, founder of the Gelukepa school in Tibet, placed a crown on the holy Jowo statue, the main image in the Jokhang temple in Lhasa. Known as the Jowo Buddha it is the most sacred statue in Tibet and is said to have been carried there by King Songtsen Gampo’s Chinese wife in the mid 7th century. Of Nirhanakaya form, the crown offered by Lama Tsongkhapa transformed it into a Samboghakaya image and it has remained as such to the present day.
The primordial Buddha who wears the crown is thus surrounded by the five celestial Buddha’s who represent his divine attributes and who are linked to the five elements, the five senses and the five key energy centres in the human body located in the head, mouth, heart, navel and feet. When worn in meditation by Vaj Rayana priests the ceremonial helmet transforms them into the very essence of the five Buddhas depicted seated around the rim. The triple dome of the headdress is said to be symbolic of the higher states of knowledge attained through tantric initiation and practice. 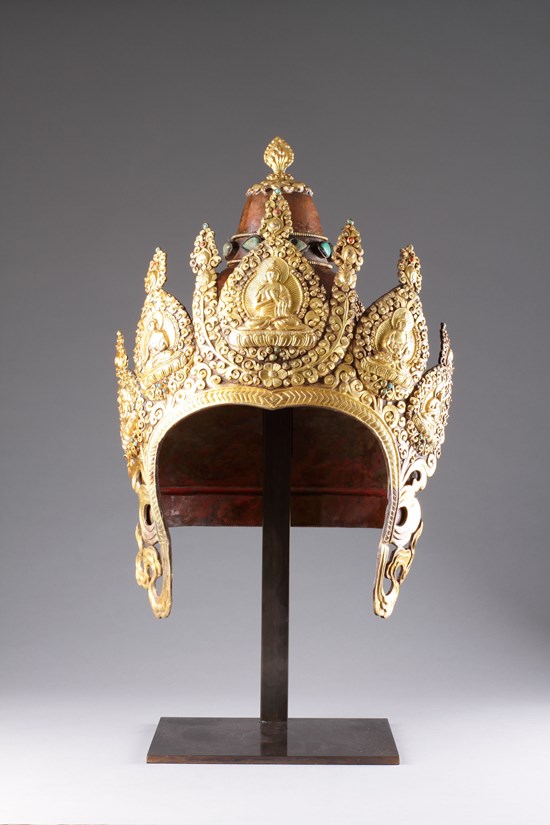 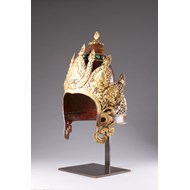 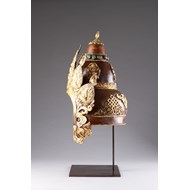 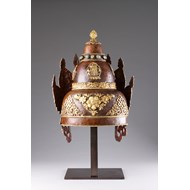 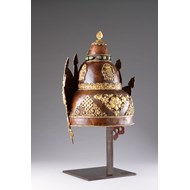 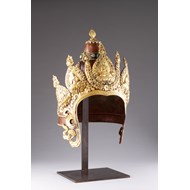 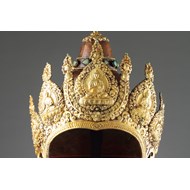 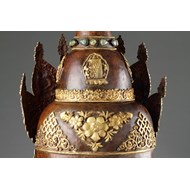 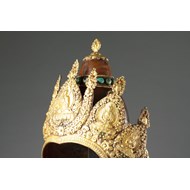 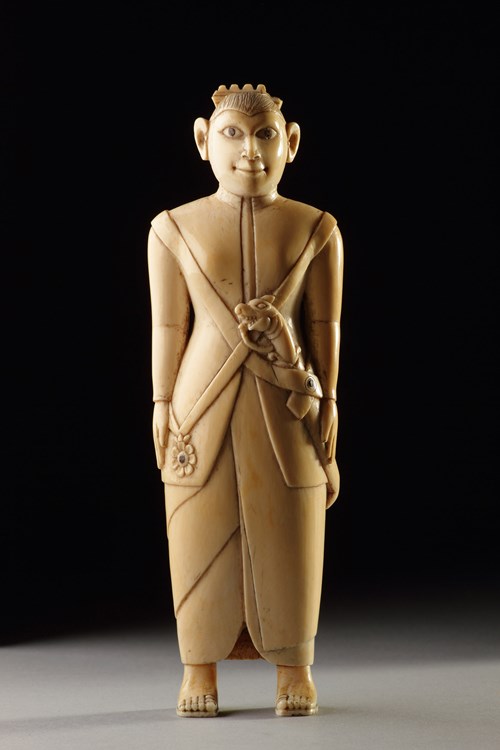 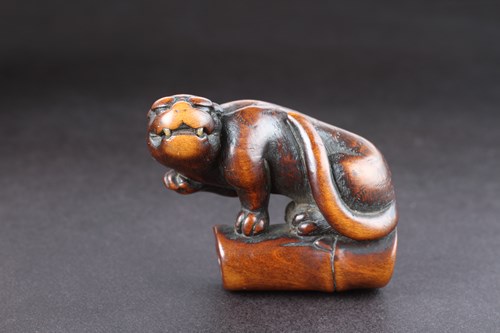 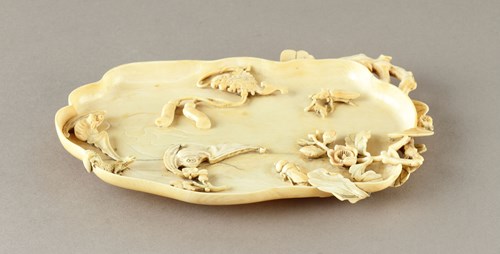