Size: 19.5cm long, 2cm deep - 7¾ ins long, ¾ ins deep
Bactria was an ancient country lying between the mountains of the Hindu Kush and the ancient Oxus River to the far north east of Persia in what is now part of Afghanistan. It occupied a commanding position on the road to India and was called ‘beautiful Bactria, crowned with flags’ by the Auesta. In the Bronze Age its people were agriculturalists who practised irrigation farming, raising crops of wheat and barley. They also had a sophisticated tradition of metalworking and were proficient in producing an extensive corpus of objects in a variety of metals including bronze, copper, silver and gold.
Shaft-hole axes were used in hunting and in battle, and may also have had a ritual use. They were made throughout the near-east over a long period and there was a considerable exchange network throughout the vast expanses of Greater Iran toward the end of the Bronze Age. Sumerian examples were plain, the more elaborate types such as this example coming from Luristan and the Bactrian regions. Bactrian hammers and axes have an animal protome projecting from the butt whereas Luristan examples and others from further east have animals in high relief. 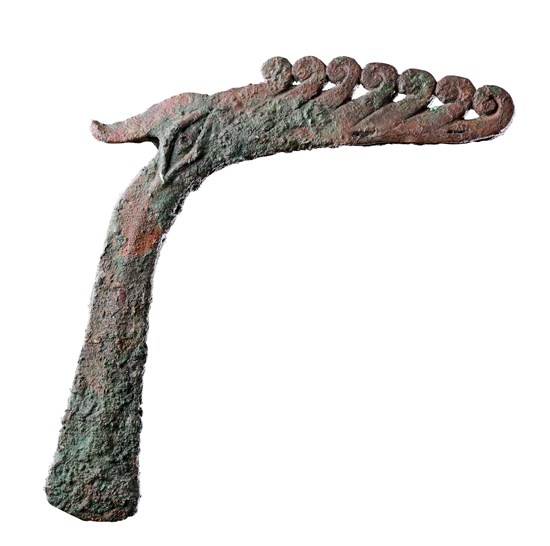 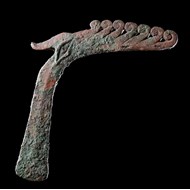 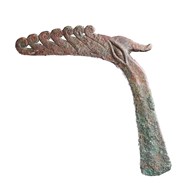 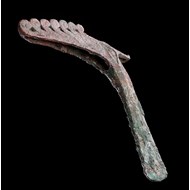 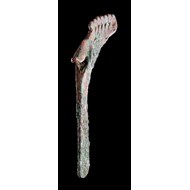 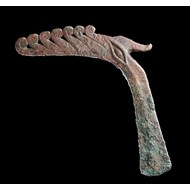