Size: 10.5cm high, 8.5cm wide - 4 ins high, 3¼ ins wide / 20.5cm high - 8 ins high (on silver stand)
Gertrude (died 1302) was a Benedictine nun and visionary called ‘the Great’. Nothing is known of her parents or place of origin. From the age of five she was educated in the nunnery of Helfta in Thuringia under Mechtild (died 1285) where she spent the rest of her life. At the age of twenty five she had a deep conversion and underwent various mystical experiences throughout the remaining twenty five years of her life. These were based on the Liturgy and many of her visions actually took place during the singing of the Divine Office. Her piety expressed the contemporary insistence on devotion to Christ's humanity. She is often regarded as the pioneer of the devotion, which later became very popular, to the Sacred Heart of Jesus. From the time of the conversion, Gertrude lost interest in secular studies in which she had been well grounded and concentrated entirely on Holy Scripture, the Liturgy and the Fathers. Her own writings include ‘Legatus Divinae Pietatis’ and the ‘Book of Special Grace’ which contains the Revelations of Mechtild. Gertrude is regarded as one of the most important medieval mystics. She was never an abbess, although the title has been claimed for her by confusion with another Gertrude who was an abbess of Helfta when Gertrude entered as a child. She was never formally canonised, but her fame was diffused through the printing of her works in Latin in 1536. In 1677 Pope Innocent XI added her name to the Roman Martyrology, and in 1738 at the request of the King of Poland and the Duke of Saxony, her feast of the 15th November was extended to all countries.
Ex Liturgical collection of the Bar Convent, York 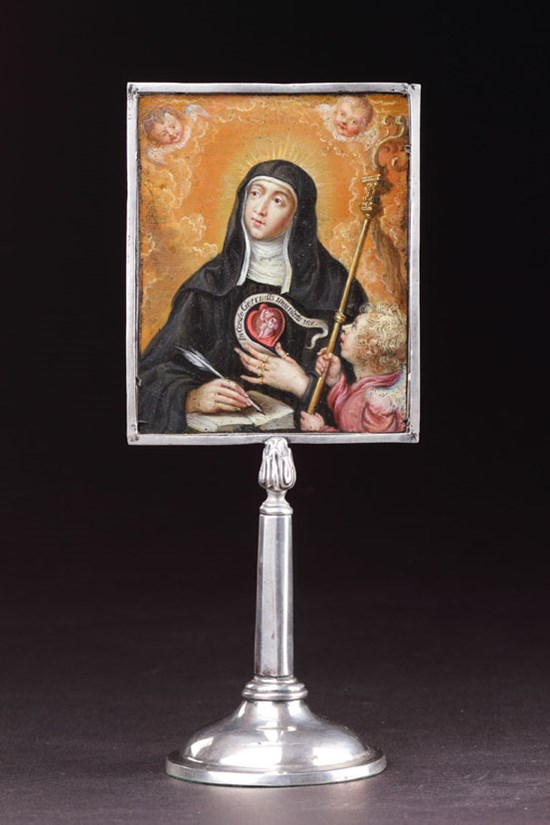 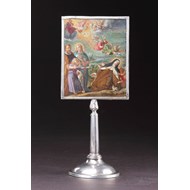 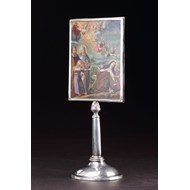 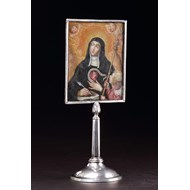 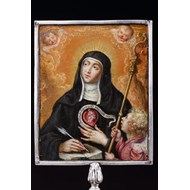 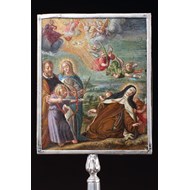