Size: 28.5cm high, 17cm wide - 11¼ ins high, 6¾ ins wide and 27.5cm high, 16.5cm wide - 10¾ ins high, 6½ ins wide
These ceremonial spatula were not used for lime and betel nut chewing, but were of value as items of currency, display and trade. They were made on the Islands of the Louisiade Archipelago in Milne Bay Province and exchanged throughout the Massim area as part of a highly organised network of trade relations known as ‘Kula’. Carried by young women of marriageable age in ritual dances ‘Gabaela’ were used as an important part of their dowry. Together with greenstone axe blades and shell valuables, ceremonial spatulas were traded on inter island expeditions which were mounted every year. Men and women would sail together in outrigger canoes in search of lime sticks and other ceremonial items to fulfil their bride wealth or mortuary obligations. 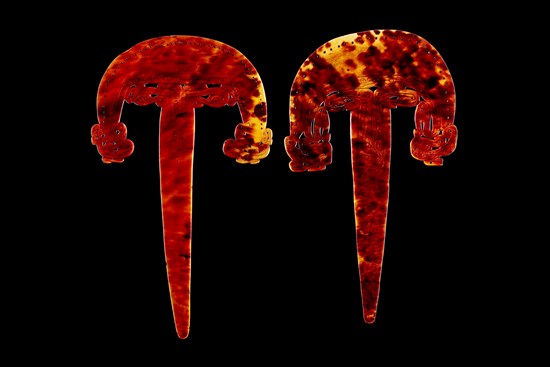 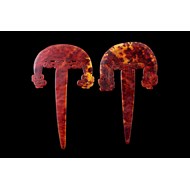 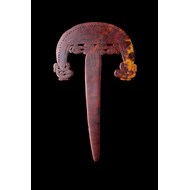 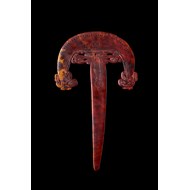 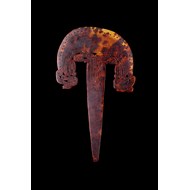 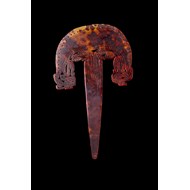 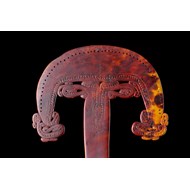 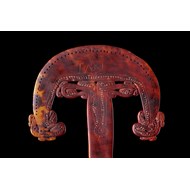 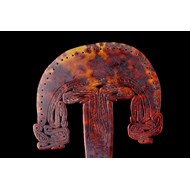 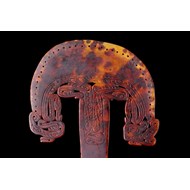