Size: approx: 17cm long - 6¾ ins long / 17cm high - 6¾ ins high (with base)
With a penchant for conspicuous display, high ranking Tlingit families would own full sets of these totemic spoons which were used at grand feasts and ceremonial occasions. The number of spoons they had was determined by their wealth and the grandeur of the feasts they could afford to give. The mountain goat horn would be cut, boiled, opened out and carved to create the spoon. The figures have a mystic power which explores the gap that exists between nature as seen and the mythological past as it was envisioned. All of the beings depicted; raven, hawk, eagle, crane, heron, killer whale, dogfish, bear, beaver, sea otter, seal and half human composites were believed to occupy the space in the world next to ours, under the sea, beneath a river, or in a magical forest.
Ex Private Cotswolds collection 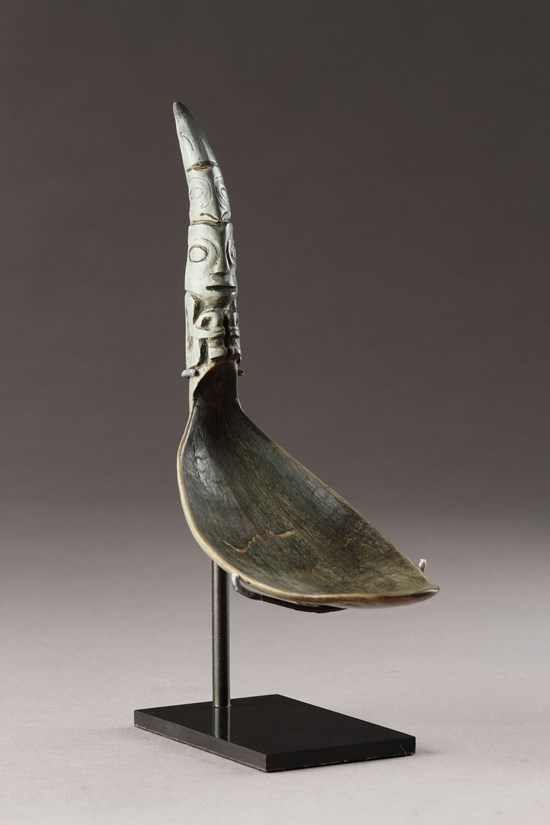 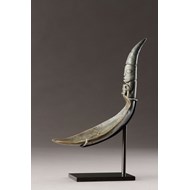 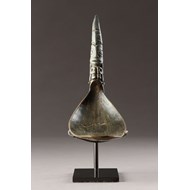 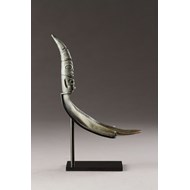 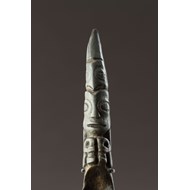 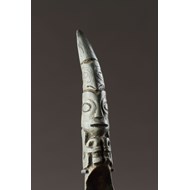 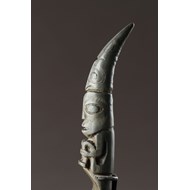 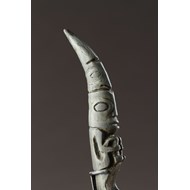 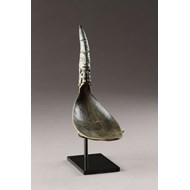 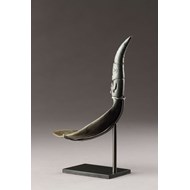 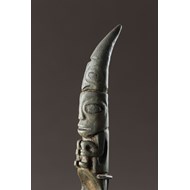 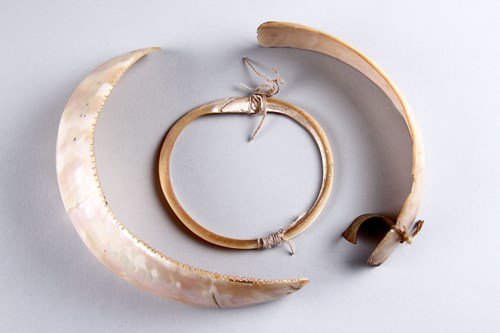 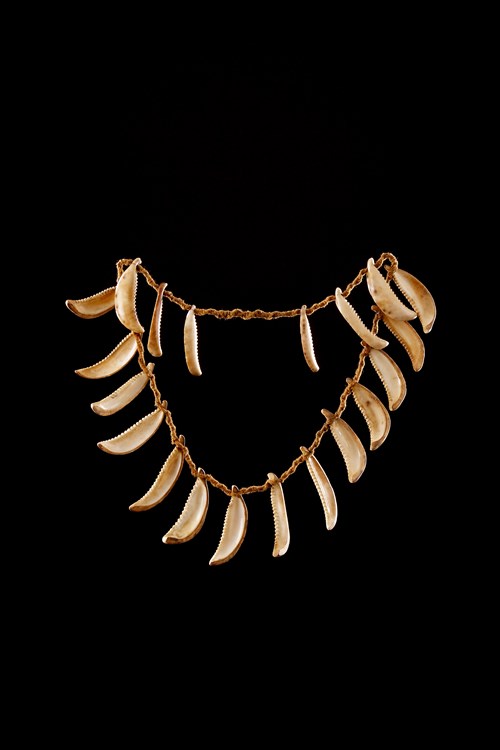 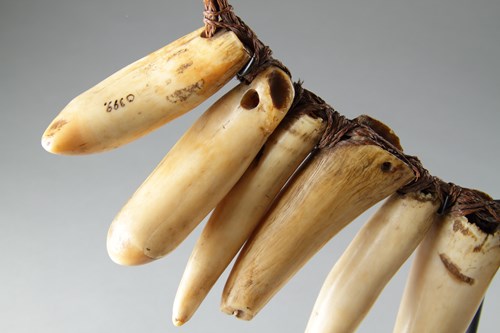