Size: 16cm high, 5.5cm wide, 3.5cm deep - 6¼ ins high, 2 ins wide, 1¼ ins deep / 20cm high - 8 ins high (with base)
No other form of hunting has been held in such high regard over the centuries as falconry, and to have a noble falcon perched on the fist became a symbol of persons of rank. Falconry reached its peak around the time of the crusades, and it was the Holy Roman Emperor Frederick II of Hohenstaufen (1194 - 1250) who brought back with him Asiatic hawks and their trainers. Frederick II became an accomplished falconer, writing a manuscript. ‘The Art of Hunting with Birds’, and he declared that falconry was the noblest of all the arts. From the early 13th century onwards the art of falconry flourished for more than four hundred years in Europe as a fashionable sport amongst all social classes. The Prince and the Baron valued the falcon for its high pitch and lordly stoop, the yeoman and the burger set equal store on the less aristocratic goshawk and the plebeian sparrow-hawk as purveyors of delicacies for the table. Even the serf was not forgotten in the field and was allowed to train and carry on his fist the humble, but well bred and graceful kestrel.
Ex Private London collection 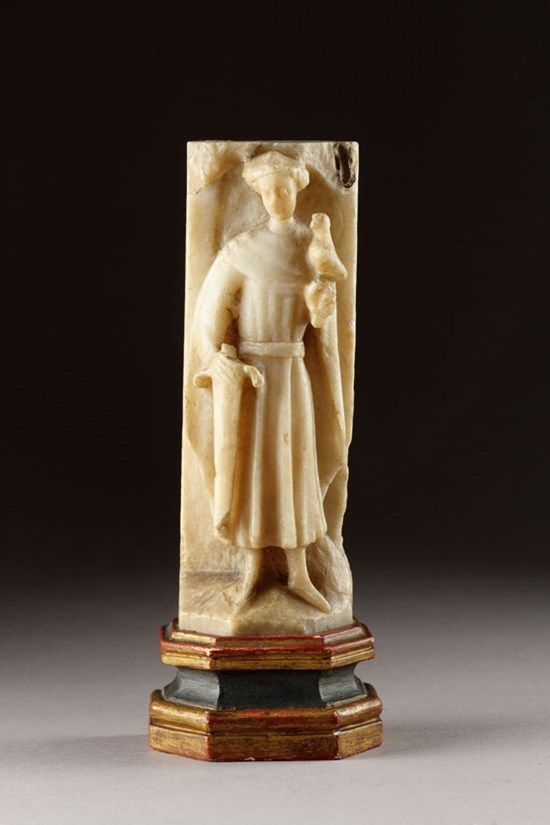 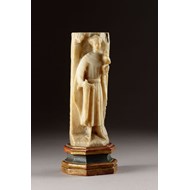 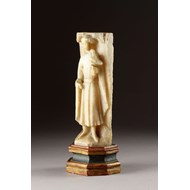 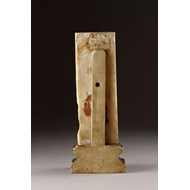 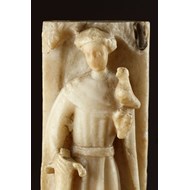