Size: 106.5cm long, 18cm wide - 42 ins long, 7 ins wide
A much used specimen, this club of paddle form was made by Tongan craftsmen on the Island of Lau or windward Viti Levu. ‘Kini kini’ are said to have been owned by high chiefs and priests who by holding it on the battlefield were exempt from combat. The two circular motifs on the club acting as ‘eyes’ and affording spiritual protection. The meaning of the carefully zoned engraved designs is obscure, but they are probably connected to tattoo, barkcloth and woven matting iconography.
Named by Captain Cook as the ‘Friendly Islands’ it is thought that before the late 18th century warfare did not exist on Tonga and that wars were only fought abroad in Fiji or Samoa. However, in 1777 Cook witnessed martial exercises in which two opponents fought with clubs and soon after his departure war broke out throughout the Islands. Fortifications were erected and fleets of large seagoing canoes brought from Fiji were used to ferry warriors between the Islands. The Tongans were in fact fierce fighters and were highly respected even by the notoriously war-like Fijians. 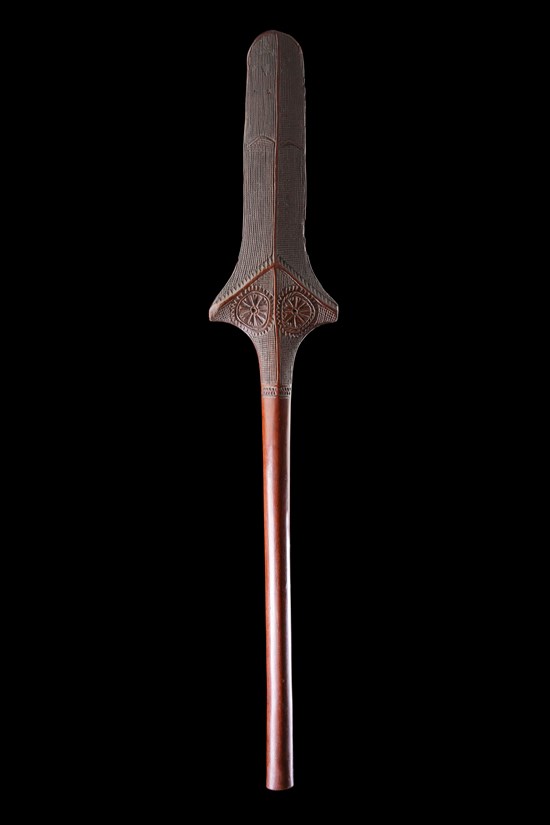 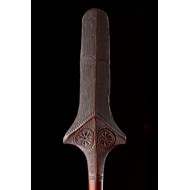 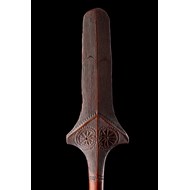 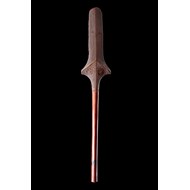