Caption Literature Provenance
An Interesting English Album Containing Thirty Five Finely and Intricately Cut Silhouettes Including an Unusual Scene of a Man Hanging from a Gibbet Next to a Sheep Strung Up on a Tree Initialled in Ink ‘E.M.’ in Verso and Dated 1829
The others to include a tall Gothic Tower in a picturesque landscape Camels in a Desert Oasis a Scandinavian scene with a Reindeer Sled Children in a Garden next to a Greek inspired classical temple
Many initialled and dated from 1829 to 1837 on the reverse two inscribed ‘Brixton’
All loosely inserted unmounted between the album leaves
On green blue or black paper
Good condition
Circa 1829 - 1837

Size: 24cm high, 20cm wide - 9½ ins high, 8 ins wide (album)
Rolled and cut paper work, much like shell work, was a skilled pastime practised by aristocratic and upper class women, most of whom, because of their social status, were precluded from working to earn an income, but who had the time to study and pursue creative activities which became of great importance to them.
The daughter of George III, Princess Elizabeth included cut paper profiles among her many accomplishments and a small album of her genre pieces inspired by family life is in the Royal Collection. Her elder sister Princess Charlotte was also a competent cutter of paper profiles. Marianne Leigh Hunt made a famous cut paper profile of Lord Byron sitting on a chair holding a riding crop while she and her family were staying with the Shelleys’ at Pisa in 1822.
The waning of the art of paper cutting silhouettes and profiles coincided with the growth of photography. However, it could be said that one led to the other as a natural progression as several of the early professional daguerreotypists were former cut paper profilists. Many amateur silhouettists progressed to photography for recording events and family, but few continued to make cut paper profiles and silhouettes after the 1860’s.
Ex Private Irish collection 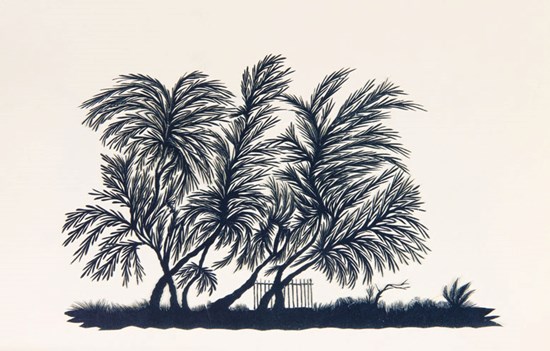 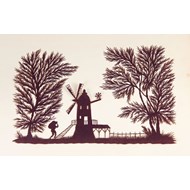 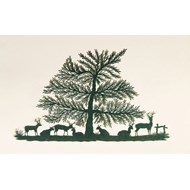 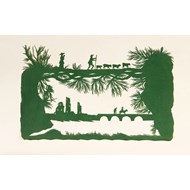 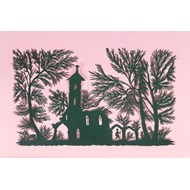 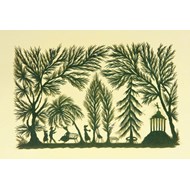 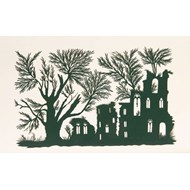 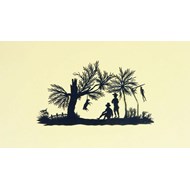 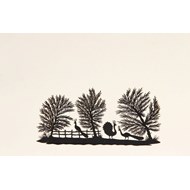 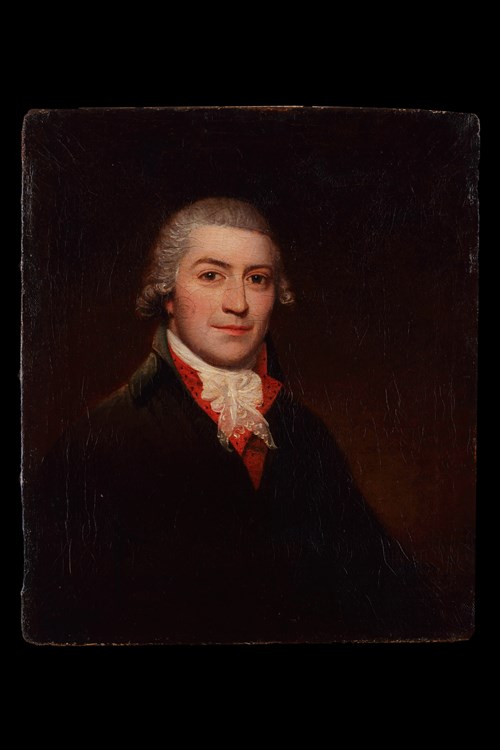 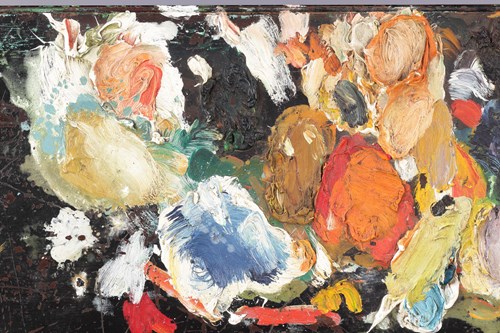 Ebonised Edwardian Table from the Hastings Studio of John Bratby 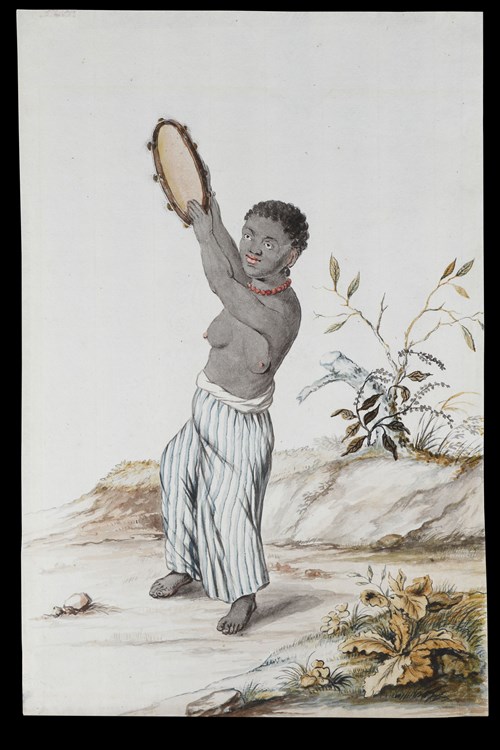