Size: 31cm high, 15cm wide, 11.5cm deep - 12¼ ins high, 6cm wide, 4½ ins deep
Figurative sculpture in the Late Romanesque and early Medieval period was heavily influenced by manuscript illumination as well as small scale ivory and bronze sculptures. Tympanum, above the portal of the west door, typically showed these influences where the imagery of Christ in majesty with the symbols of the four evangelists is often drawn directly from the ornamental covers of the illuminated Gospel Books.
Nearly all medieval sculptures differ radically today from their original appearance as a result of their loss of polychrome colouring. Being stripped of their painted decoration the modern observer can only gain a limited impression of how they must have looked. Great importance was attached to the painting of statues as can be seen from the salaries paid to the painters and stone masons. Documents from the period in England record that the painters of sculpted images received almost as much as the sculptor. Although these sums probably included the cost of gold leaf and expensive coloured paints, there can be no doubt that the painted decoration was considered to be an essential component of the finished statue. However, their considerable beauty now lies in the plain ancient esoteric surface of the stone.
Ex collection late Professor Charles Reginald Dodwell, Pilkington Professor of History of Art and Director of Whitworth Gallery, Manchester University 1966 - 1989
Thence by descent 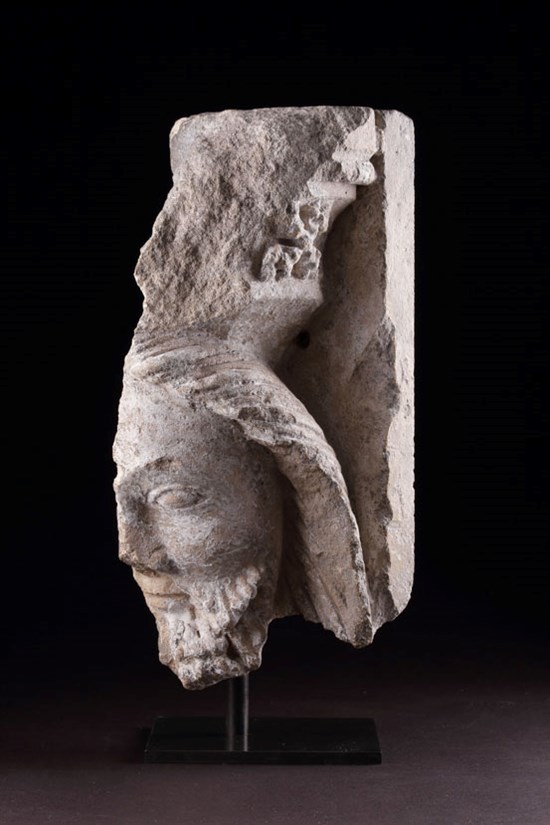 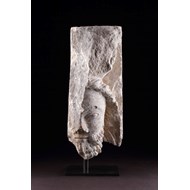 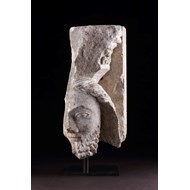 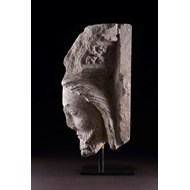 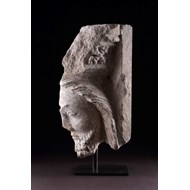