Caption Literature Provenance
A Fine Ancient Roman Bronze Figure of the Nude Venus a Diadem in her Hair Holding an Apple to Signify the Myth of Helen and Paris
Part of a thumb and two fingers missing
Smooth glossy green patina with extensive patches of red
1st Century B.C - 1st Century A.D

Size: 20cm high, 8cm wide, 6cm deep - 8 ins high, 3¼ ins wide, 2½ ins deep / 29cm high - 11½ ins high (with base)
Venus was particularly worshipped as a goddess in Rome where Julius Caesar claimed to be her descendant through his ancestor Aeneas. In gratitude for his military successes in the civil war he dedicated a temple to Venus Genetrix in 46 B.C and lavished rich spoils on it. Games were held annually in her honour and would last for eleven days. She was regarded as the mother of the whole Roman race and became the personification of Rome. The 1st of April was sacred to Venus as the day on which she was worshipped by Roman matrons together with Fortuna, the goddess of prosperity. In 135 A.D Hadrian dedicated a double temple to her, the ruins of which can still be seen near the Coliseum. She had become identified with Aphrodite by the 3rd century B.C and was soon regarded by the Romans as the virtual counterpart of the love goddess. 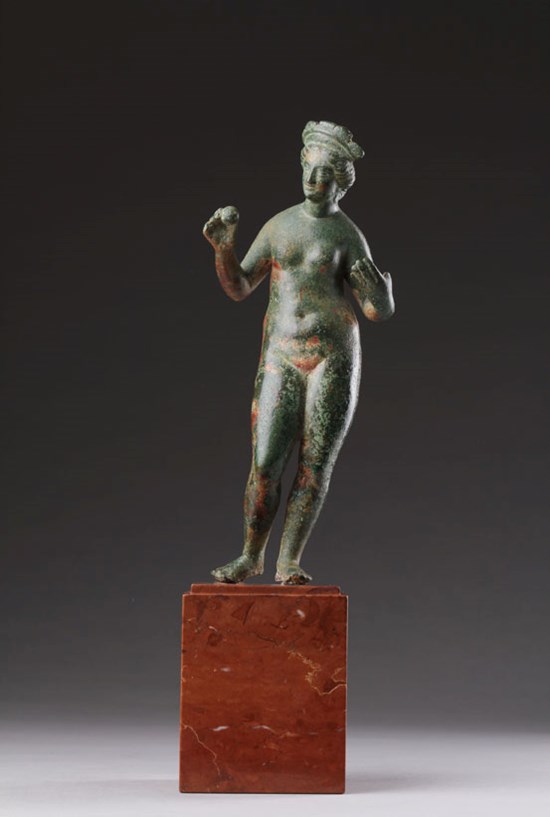 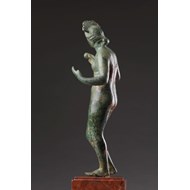 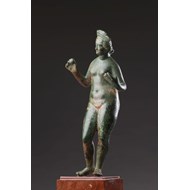 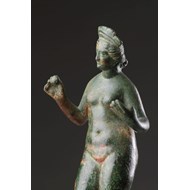 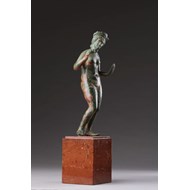 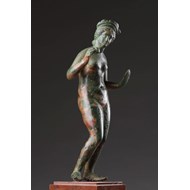 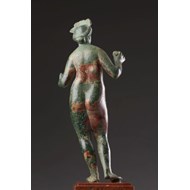 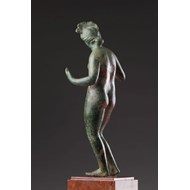 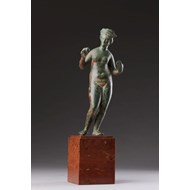 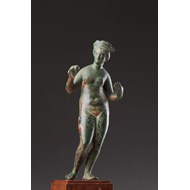