Caption Literature
A Fine Pair of English Georgian ‘Grand Tour’ Embroidered Silk Pictures Depicting Views of ‘The Temple Erecthens at Athens’ and ‘The Ruins of the Pantheon at Athens’
The Erechtheum or Erechtheion (spelt ‘Erecthens’ in the silk works title) is an ancient Greek Temple on the north side of the Acropolis of Athens which was dedicated to Athena and the God Poseidon. During the Ottoman period it was the residence of the Turkish Commanders’ harem and the whole site of the Acropolis was taken up by a Turkish garrison.
The debate over the restitution of the Elgin marbles continues, as it has done since 1833 with the founding of the independent Greek State, but the basic facts are often ignored. The ambassadors officers removed the marbles with a valid consent from the proper authorities and if they had not done so the steady destruction caused by the Turks and casual tourists would have substantially reduced the surviving relics that we see today. Of course the French or Germans would probably have gained permission to carry out a similar exercise to Lord Elgins and the debate would now involve Paris or Berlin rather than London. It should be remembered Elgin’s removals took place over several years with minimal complaints from the Greeks, a country that then had no separate existence. His actions were chiefly regretted by Lord Byron and other romantic British visitors who were concerned for the appearance of the Parthenon (not ‘Pantheon’ as titled on the silk-work) as a picturesque ruin rather than the preservation of its sculptures as works of art. 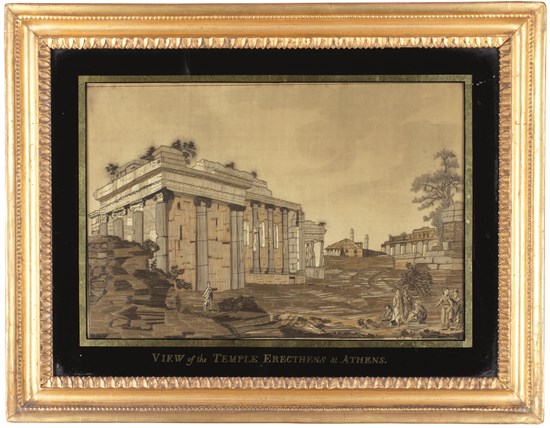 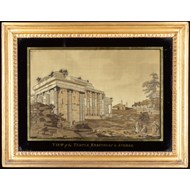 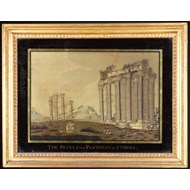 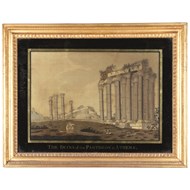 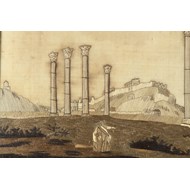 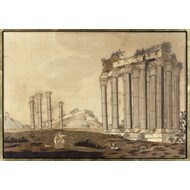 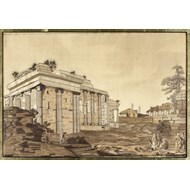 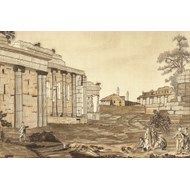