Size: 6.5cm high, 5cm wide, 5.5cm deep - 2½ ins high, 2 ins wide, 2¼ ins deep
Greek potters produced two main types of wares from about 1050 until the end of the 1st century BC. Elaborate ceramics decorated and glazed and plain, coarse roughly decorated pottery. Different functions, and differences in the affluence of the customer dictated the quality of the wares. Pottery workshops existed all over Greece and local clays can be identified by their different colour and composition. Athenian potters used a red-orange clay of the best quality.
The Greek workshops devised a significant variety of vessel types and the shape usually defined its use. Numerous vessels were designed for use at banquets and some in the form of animals or humans were used as perfume containers or as special vessels for rituals or festivals. In the most important Athenian festival, the Great Panathenaia, the state gave decorated amphoras of unique design containing olive oil as prizes to the winners of athletic contests. Many different types of vase were used as votive or grave offerings with special types used exclusively in funerary rituals.
The cult of Dionysos, and his attendant satyrs and nymphs, was prominent throughout the Greek world. The God of wine, revelry and theatre his rituals and myths were often the source of inspiration for vase painters in both Athens and the Greek colonies. Both Greek and Etruscan workshops of the 6th century BC produced vessels in the shape of human heads, body parts, animals or fruit and these functioned as containers for precious oils or perfume and most had a spout at the top to access the liquid contents. Perhaps this head on the top of a vessel functioned as a temple perfumier or incense burner with fragrant smoke issuing from his open mouth.
Ex Private collection Deuil La Barre France
Acquired in late 19th Century – Early 20th Century 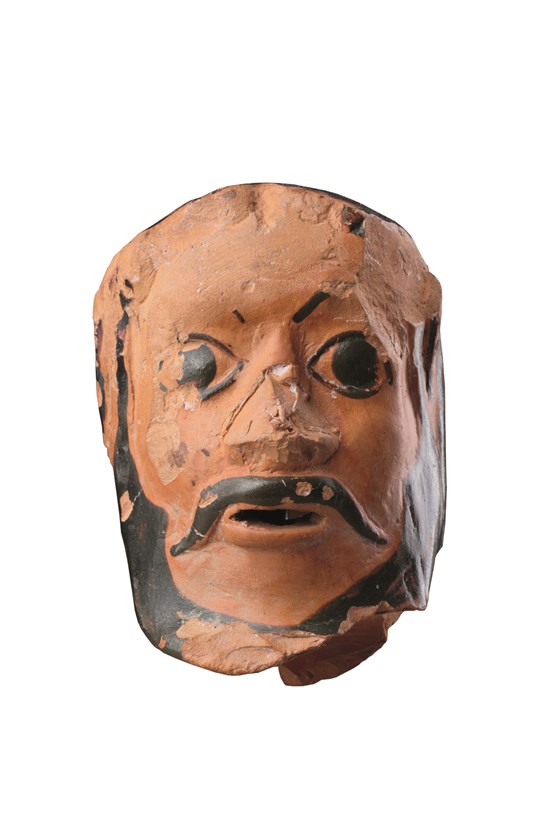 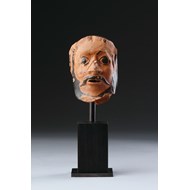 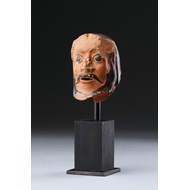 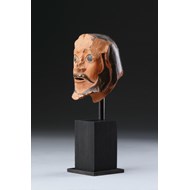 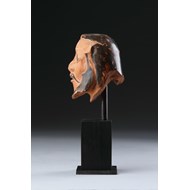 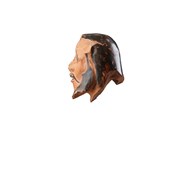 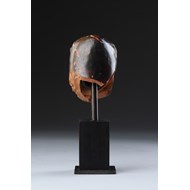 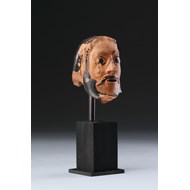 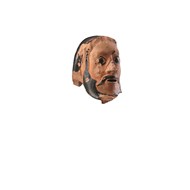 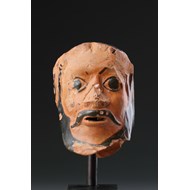