Size: 19.5cm high, 11.5cm wide, 12.5cm deep - 7¾ ins high, 4½ ins wide, 4¾ ins deep
‘Cernunnos’ was a horned god and one of the most ancient Celtic deities. He predates Roman influence in Western Europe with images occurring from as early as the 4th century BC. Known as the ‘Lord of the Animals’ essentially he was a god symbolising fertility and fecundity in nature. As the patron god of hunters his horned head was an appropriate symbol for a people who decapitated their enemies and revered the head, a people given to fighting, cattle lifting and hunting. The horned god was their leader in war, symbolic of virility, lawgiver in times of peace, protector in times of danger. He was an all purpose tribal god and his deep rooted nature and association with fertility made him unacceptable to emerging Christianity who destroyed any maternal traces of his cult whenever they could. The Romans, however, took great care not to antagonise the ‘god of place’, the named warrior of the Celts, and equated him with a member of the more familiar classical pantheon such as Pan, or as an armed warrior equivalent to Mars.
Ex Private collection Worcestershire
Formed 1980’s Authenticated by Dr Anne Ross 1990’s
Ex Private collection Cornwall
Acquired from above collector 2007 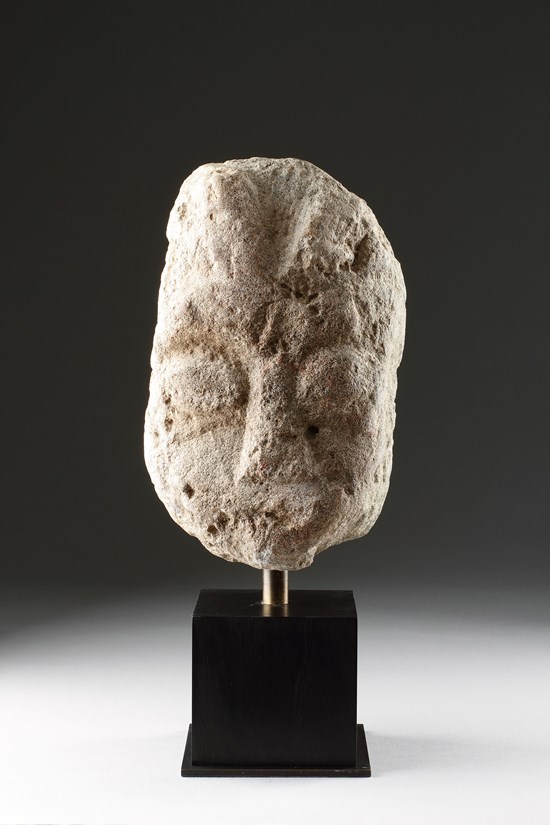 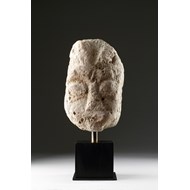 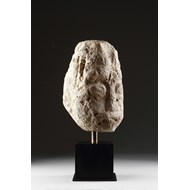 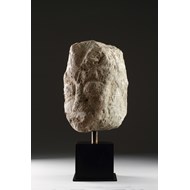 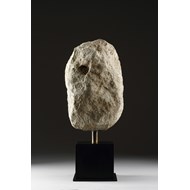