Size: 5.5cm high, 2cm wide - 2¼ ins high, ¾ ins wide
1820
5.5 x 2 cm (2 ¹/₈ x 0 ³/₄ inches)
Shamanism goes back to the Ice Age spreading with migrating ancient settlers around the remote lands of the north Pacific. The Shaman’s main practice was to communicate with the spirits thereby supplicating them for success in hunting, for help in healing, and in divination, thus ensuring survival for the peoples living in a harsh northern environment. In their original beliefs, before the early 20th century, the Eskimo had no conception of a single supreme being. Their spirit world was made up of shades or ‘Tunghât’ which exist quite independently of any central authority, and these can be seen by the shaman. The people have great faith in the power and wisdom of the shaman to whom all questions of religion and the mysteries of the invisible world are referred. The shaman can see the shades of both dead people and animals, as well as the ‘Tunghât’ of inanimate objects such as trees and rivers, all of which are invisible to all others. Shaman are believed to make journeys to the land of the dead and these spirits will come at his call to do tasks of his bidding, and sometimes even the shade of a dead shaman will come to help.
Shamanic regalia embodied their mystery and power, and without it a shaman could not establish his authority among humans or venture safely into the spirit world. 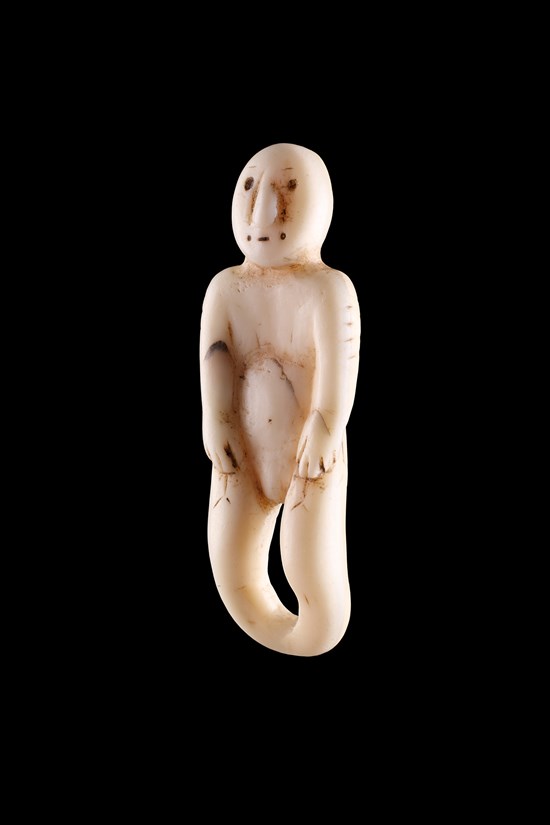 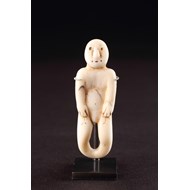 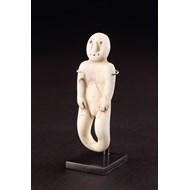 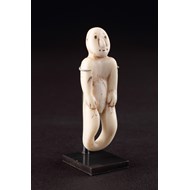 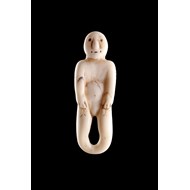 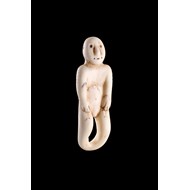 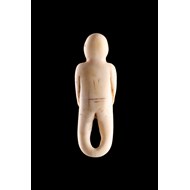 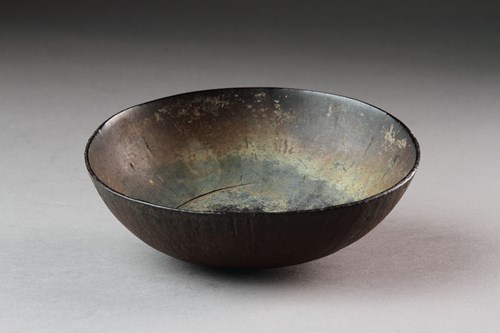 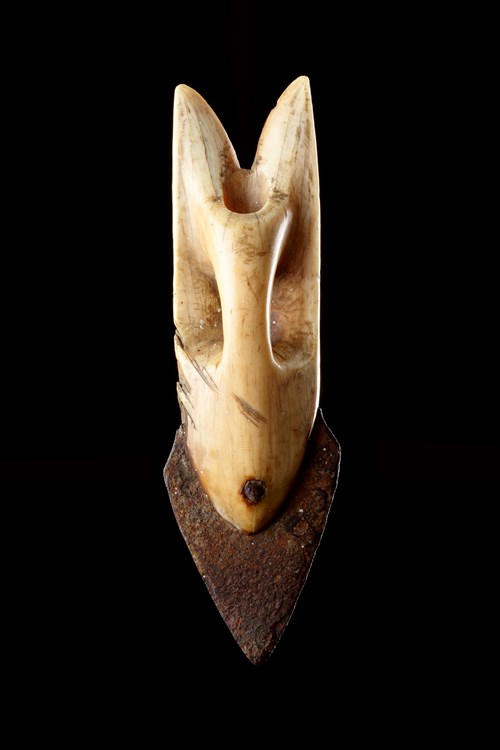 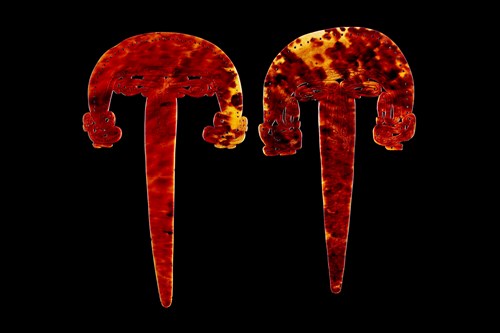