Caption Literature
An Oceanic Admiralty Islands Matankol Peoples Figural Hardwood Lime Spatula the finely carved with standing Male Warrior wearing a War Charm on the Nape of his neck his Hairstyle shown as a Stylised Sphere the Serrated Hooks below representing Spear Heads
19th – Early 20th Century
Size: 47cm long - 18½ ins long / 51cm high - 20 ins high (with base)
Richard Parkinson in his ‘Thirty Years in the South Seas’ of 1907 states that ‘Quite extraordinary care is exercised on the manufacture of the long wooden trowels with which the burnt lime is taken out of the lime containers. These trowels are made from a dark wood and the lower end flattened like a spatula while the upper end it ornamented with a carefully carved decoration. Here we find a human figure and the crocodile head as the principal motif’.
The Admiralty Islands lie to the north of Papua New Guinea and are part of the Bismarck Archipelago. Their society was based on patrilineal clans and great reverence was accorded to ancestors, with their religion based on a fear of their most recent ancestors whose spirits were believed to punish breaches of a strict moral code. However, their influence did not last forever, and as these ancestors retreated into the past their influence was replaced by more recent spirits.
The Matankol warriors of the Admiralty Islands wore war charms hung on the back of their necks and these were made of a thigh bone of an ancestor with attached feathers. The figures carved on these lime spatulas display these appendages, and it is thought they represent particular ancestors. The Matankol were the primary producers of wood carvings and decorated objects with different islands having their own specialities. Mouk and Rambutyo are two of the islands that produced lime spatulas which are amongst the most exceptional carvings made in the whole area. 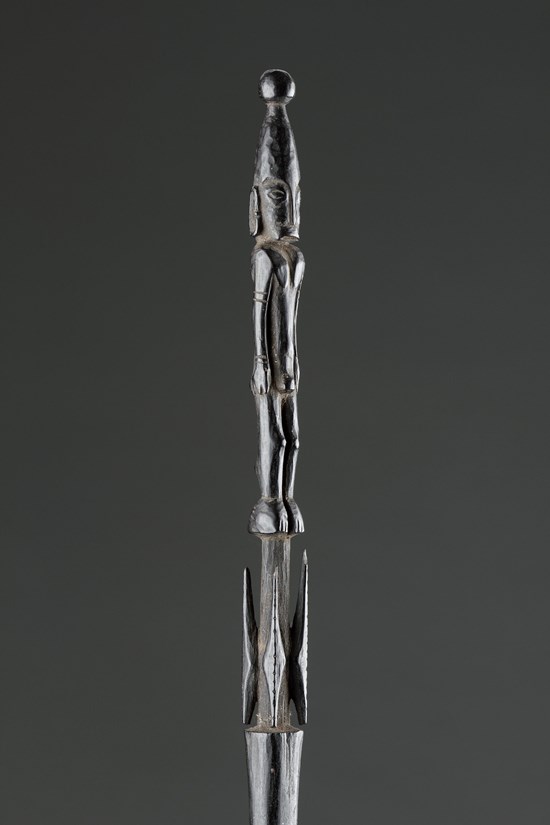 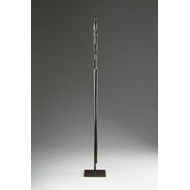 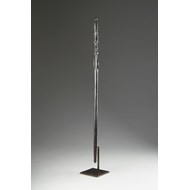 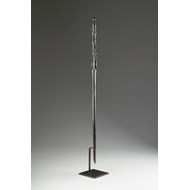 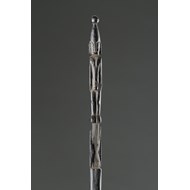 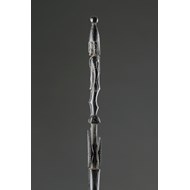 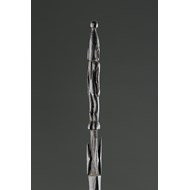