Caption Literature
Netherlands Late Medieval Ballock Dagger the Oak Wood Trumpet Shaped Grip with Brass Pommel Engraved with a Representation of a Saint the Narrow Iron Blade with Single Edge
15th Century
Size: 32.5cm long - 12¾ ins long
The port of Amsterdam was first used commercially in the 13th century and daggers have been found over time around the mouth of the channel leading to the port. The engraving on the brass pommel most probably represents Saint Barbara who was the patron saint of armourers. The quality of the engraving suggests that the makers procured the engraved plates from silversmiths or copperplate engravers.
Medieval culture was full of phallic imagery and the ballock dagger, which first appeared around 1300 AD, was shaped from a single piece of wood to resemble an erect penis and testicles with a bulbous pommel and a rounded lobe either side of the blade in place of the guard. However, this imagery was probably not meant to be regarded as erotic, but apotropaic, a defence to ward off evil and ill-fortune. In the 15th century the grip of the dagger was altered in shape to flare out like a trumpet with the pommel capped with an engraved metal plate as in this example.
A German fight master wrote in his manual on martial arts in 1445: ‘Now we come to the dagger: God helps us all’ Knights initially thought the dagger as a weapon to be unimportant, but by the 14th century it had become an essential part of their equipment. 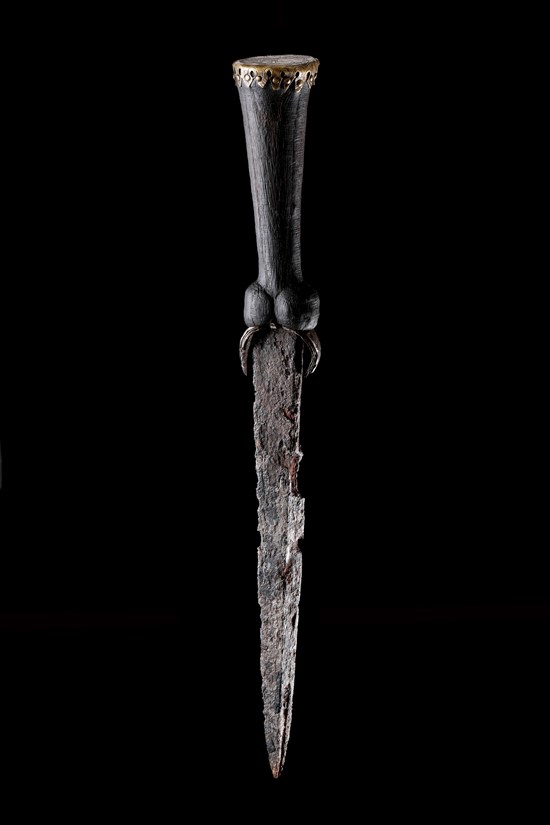 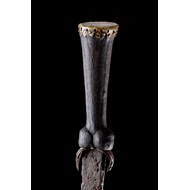 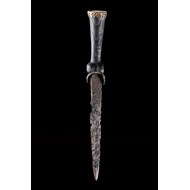 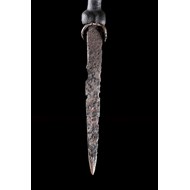 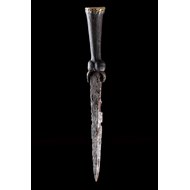 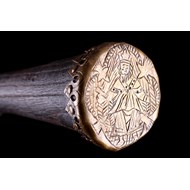 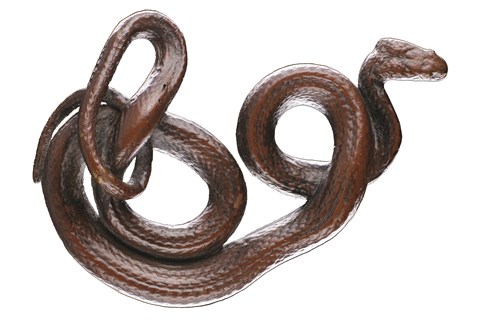 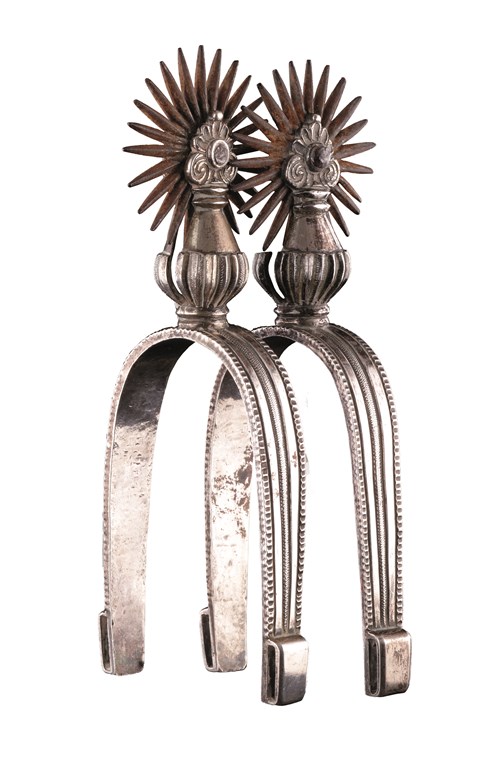 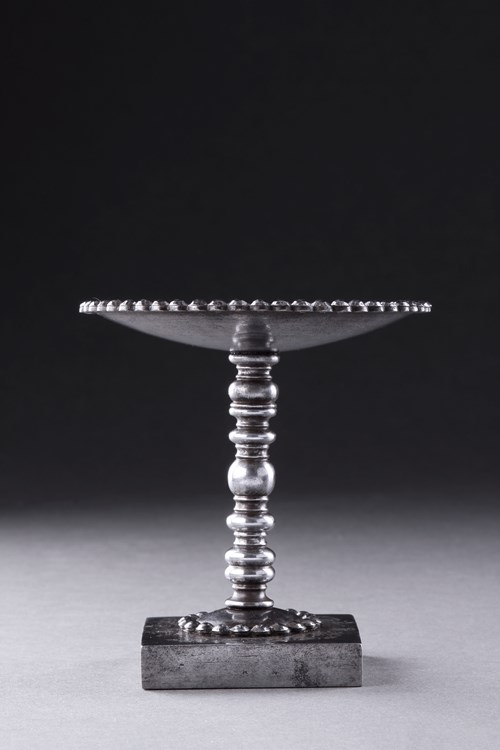