Netherlandish Alabaster Tomb Figure of a Lady Kneeling in Prayer

Caption Literature
A Netherlandish Alabaster Tomb Figure of a Lady Kneeling in Prayer Wearing a Linen Coif and Collar over an Open Fronted ‘Vlieger’ or Gown Garments Reserved for Married Women a Baby in Swaddling Clothes at Her Feet
First Half 17th Century
Size: 32cm high, 16cm wide, 12cm deep - 12½ ins high, 6¼ ins wide, 4¾ ins deep
Tomb sculpture has existed as an art form since the dawn of civilisation and its imagery expresses the hopes and fears of mankind in the face of death and his striving for immortality.
Alabaster and stone were the chief materials used in the production of church monuments in the late 16th and early 17th century. This alabaster figure once knelt beside a reclining effigy of a relative, most probably a family group. The tomb monuments of this period often had whole families integrated into a single sculptural group, all kneeling together in pairs or on the same level, father and sons to the left, mother and daughters to the right. The children who had already died were shown holding skulls. The effigies varied in size with a difference in scale between the parents and the youngest children. The ideal of a loving, united, religious family was firmly expressed in these funerary monuments.

Netherlandish Alabaster Tomb Figure of a Lady Kneeling in Prayer 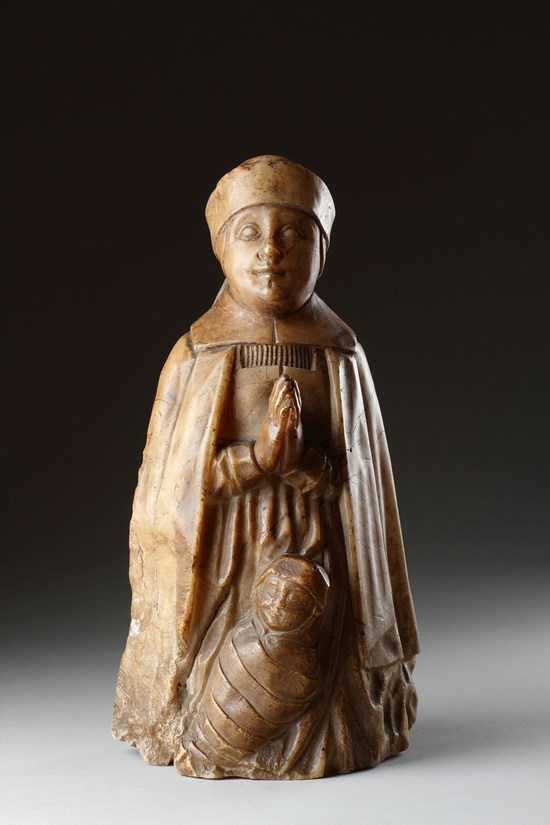 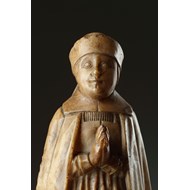 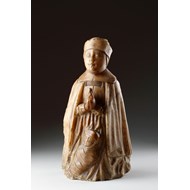 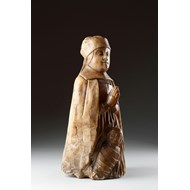 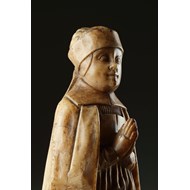 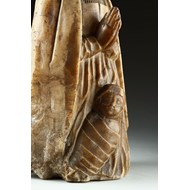 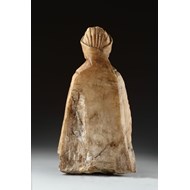