Caption Literature
An Unusual German Long Banded Agate and Filigree Silver Rosary with a Pendant Carved Rock Crystal and Silver Gilt Mounted Crucifix Etched with the Symbols of Christ’s Passion a Skull and Crossbones to the Base
Late 17th Century
Size: 73cm long - 28¾ ins long (overall) / cross:  9.5cm high, 5.5cm wide - 3¾ ins high - 2¼ ins wide
Healing powers have been attributed to rosaries as well as the power to exorcise evil spirits and ward off lightning. Certain materials such as agate and rock crystal were almost universally talismanic and their use as religious beads provided double protection. Banded agates were so highly prized by the ancient world that they were imitated in glass with the Romans setting up workshops on Crete to produce them. Rock crystal was regarded as a medical device in the Middle Ages and was thought to cure fever and gout.
Since ancient times, prayers have been recited in cycles and rosaries form closed circlets or chaplets symbolising these cycles, as Saint Augustine admonished the faithful ‘God is a circle whose centre is everywhere’. The banded agate beads of the rosary bear natural circles within the stone that offer amuletic protection as well as forming another meditative circle. 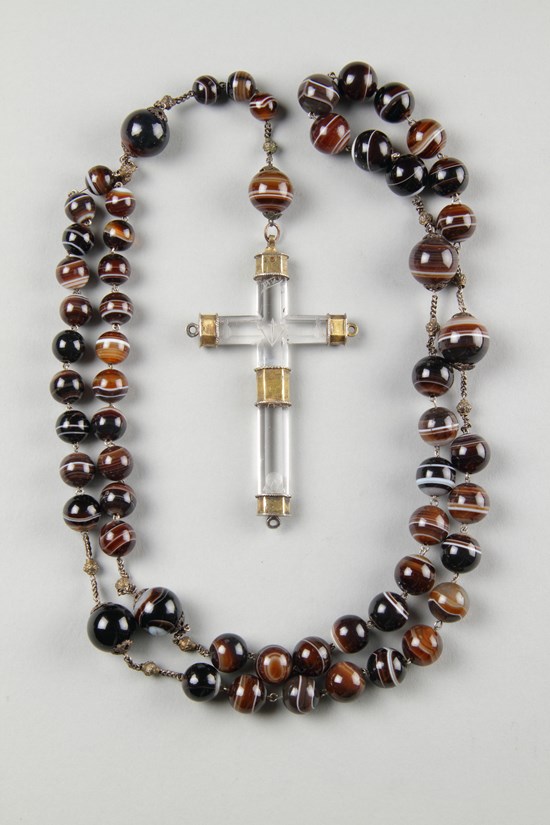 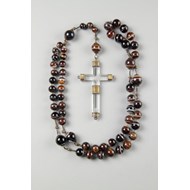 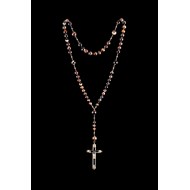 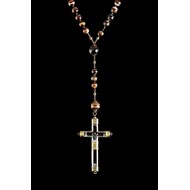 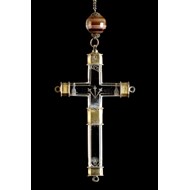 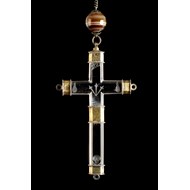 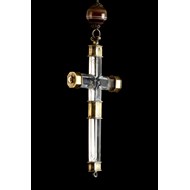 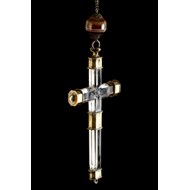 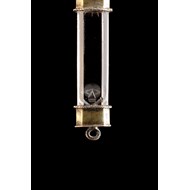 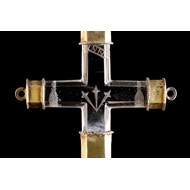 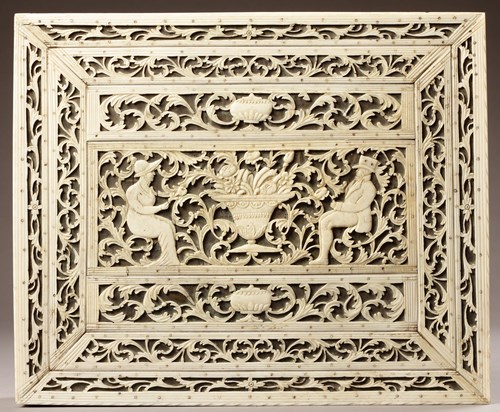 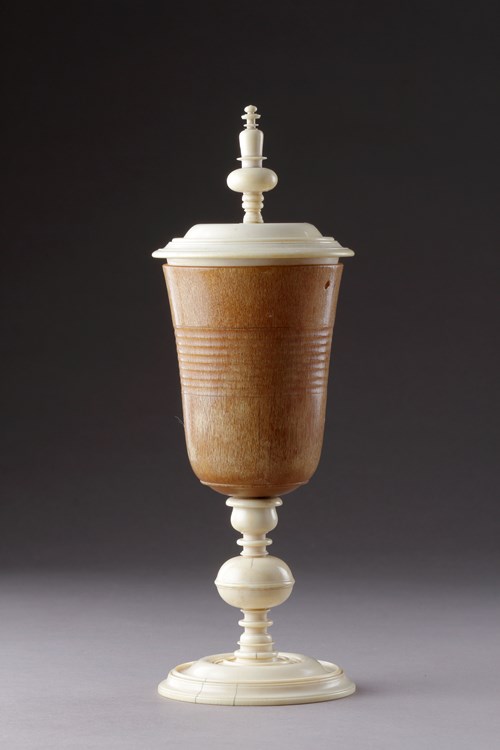 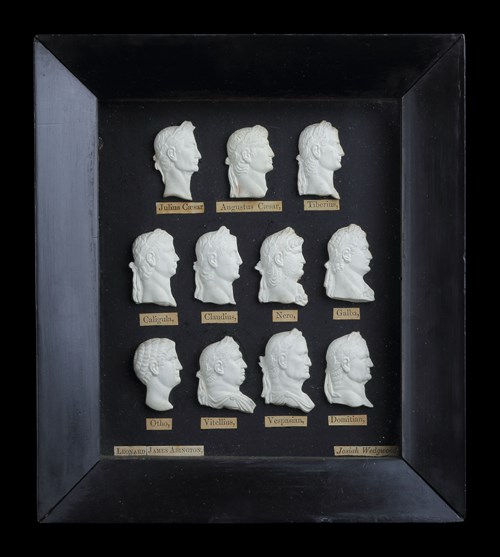