Caption Literature
A Pair of French Finely Carved Ivory Library Busts of the Political Philosophers Voltaire and Montesquieu by Antoine Rosset (1749 - 1818)
Signed to the shoulders ‘A Rosset.F.’ the bust of Voltaire also marked ‘St Claude’
Late 18th Century
Size: 17.5cm high, 7cm wide, 4cm deep -  6¾ ins high, 2¾ ins wide, 1½ ins deep
17.5cm high, 6.5cm wide, 4cm deep - 6¾ ins high, 2½ ins wide, 1½ ins deep
The Rosset family of sculptors from St Claude in the Jura in eastern France often worked together and specialised in portrait busts made of alabaster, marble and ivory. Claude-Antoine Rosset became the most famous, but it was his father Joseph Rosset (1706 - 1786) who was introduced to Voltaire who lived at the time in nearby Chí¢teau Ferney. Although Voltaire complained about the number of times he was asked to sit for his portrait he eventually agreed and several busts and statuettes resulted from this first sitting. They became friends playing chess together. A marble bust dated 1768 of Voltaire by Joseph Rosset is now in the Victoria and Albert Museum and his three sons most probably used this sculpture as a model for subsequent carvings. The Rosset family played a significant role in the production and circulation of Voltaire’s image in sculpture.
Voltaire (1694 - 1778) was a key figure in the French enlightenment, a highly influential philosopher, a champion of tolerance and social justice, dramatist, poet and historian. Montesquieu (1689 - 1755) was a French judge, political philosopher and man of letters. Born Charles-Louis de Secondant, Baron de la Brí¨de et de Montesquieu, he is famous for his articulation of the theory of the separation of powers; the executive, the legislative and the judicial, which became implemented in many constitutions throughout the world. In 1748 he anonymously published ‘The Spirit of Laws’ which went on to influence the founding fathers in their drafting of the American constitution. 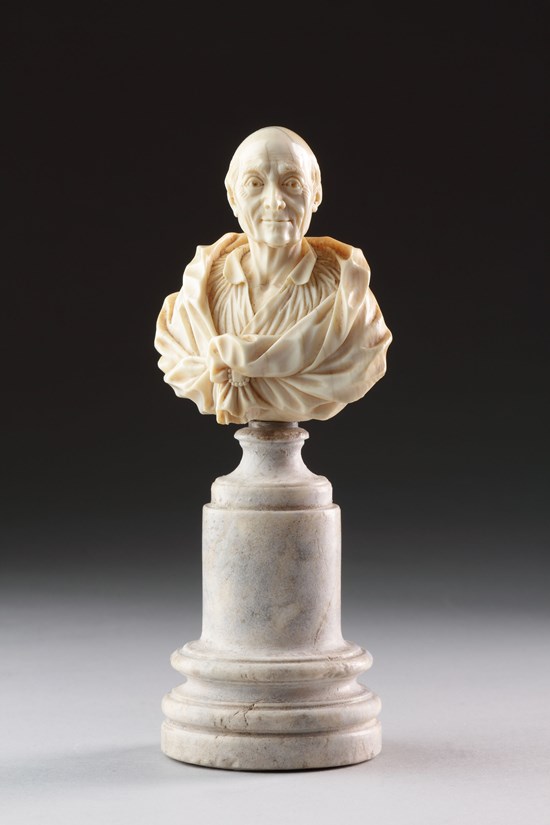 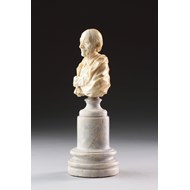 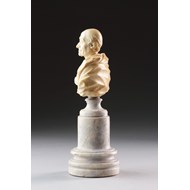 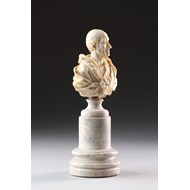 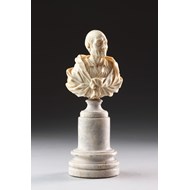 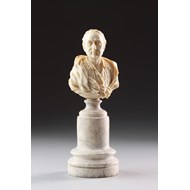 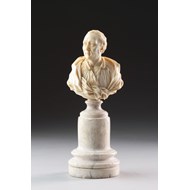 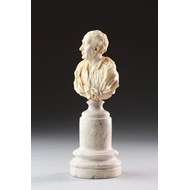 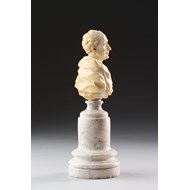 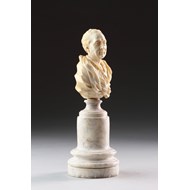