Caption Literature
A French Faux Wood Pocket Snuff Box the Base with a Secret Compartment a Sliding Cover Revealing an Erotic Painted Scene Depicting an Amorous Couple
Circa 1840 - 60
Size: 2cm high, 7cm wide, 4.5cm deep - 3¼ ins high, 2¾ ins wide, 1¾ ins deep
In Ancient Rome a celebrated festival was held annually on the 17th March in which a monstrous phallus was carried in procession in worship to Priapus and his generative powers. His worshippers followed indulging loudly and openly in obscene songs, conversation and attitudes, and when it halted the most respectable of matrons ceremoniously crowned the head of the Phallus with a garland.
Unlike those of Ancient Rome, people in the 19th century regarded sex as shameful and any work of art, from antiquities to contemporary, deemed to be in the least erotically exciting was suppressed. Boxes such as this would have been hidden away and were often kept locked up in secret collections of erotica. 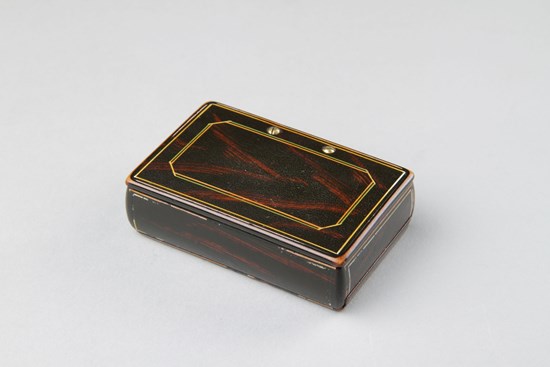 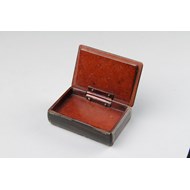 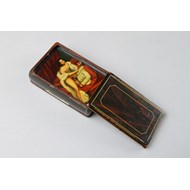 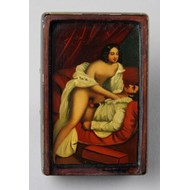 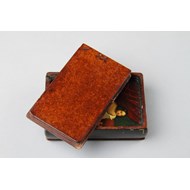 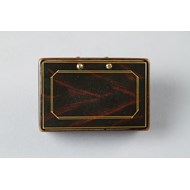