Caption Literature
An Ancient Roman Marble Hand Wearing a Finger Ring from a Large Over Life-Size Statue
Circa 2nd Century AD
Size: 11.5cm high, 20cm wide, 10cm deep - 4½ ins high, 8 ins wide, 4 ins deep / 17.5cm high - 7 ins high (with base)
Ancient Roman finger rings were mostly made of gold and engraved with an image that could be used as a personal seal. The image was usually also an amuletic one providing everyday protection to the wearer. The use of a cupid as an image denoted the ring’s use as wedding jewellery.
Towards the end of the Roman Empire increasing emphasis was placed on precious stones and less on the gold work in which they were set. For the first time the very hardest stones were used. Uncut diamonds occasionally, sapphires and above all emeralds from the newly discovered Egyptian mines in the Red Sea Hills. These were set in the natural hexagonal prisms in which the stones are found. One form of gold working that was popular at this time was a kind of metal fretwork called ‘opus interrasite’ in which patterns are cut out of gold with a chisel. This method was further developed by the Byzantine goldsmiths. 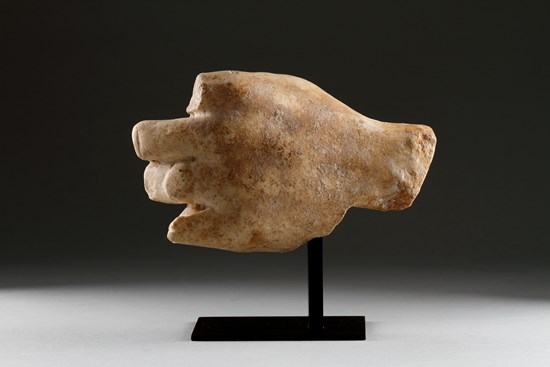 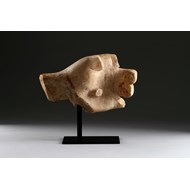 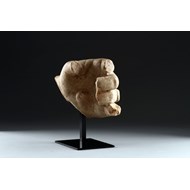 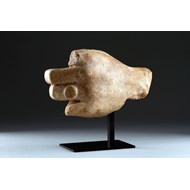 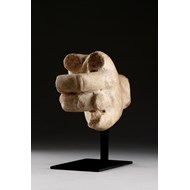