Caption Literature
A Dutch East Indies Javanese Royal Presentation Gem Set Walking Cane the Shaft Inlaid with Exotic Woods in Patterns of Delicate Vines the Gold Top Mounted in Diamonds and Rubies with Initials ‘PBX’ for the Muslim King Paku Buwono X (1866 - 1939) the 10th Susuhunan or Ruler of Surakarta
Late 19th – Early 20th Century
Size: 98.5cm long - 38¾ ins long
Surakarta is a large city in Central Java lying on the river Solo and has a tropical monsoon climate. It was part of the Dutch East India VOC until 1800 when it passed into the hands of the Dutch crown. Alongside the Dutch ruling elite there existed a Javanese aristocracy which functioned as an intermediary between the indigenous population and the colonial civil service.
Paku Buwono X reigned from 1893 to 1939 and was the longest ruling Susuhunan of Surakarta. His reign coincided with the movement for Javanese independence which he supported. He also was a patron and supporter of the new local political groups such as the Budi Utomo, the first Javanese political society. Although he believed in independence he was very aware of the importance of both local and international diplomatic relations. Many important visitors were entertained at his palace or Kraton in Surakarta and he was renowned for his generosity and giving of lavish diplomatic gifts. A very similar walking cane to this example was presented to the Belgian ambassador in 1900. 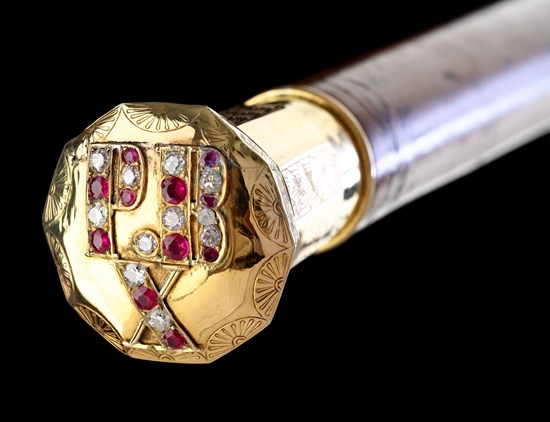 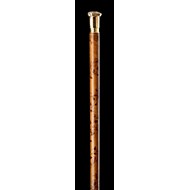 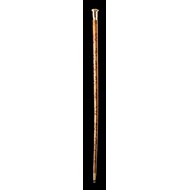 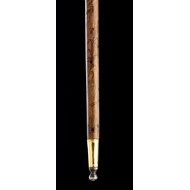 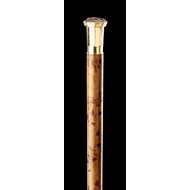 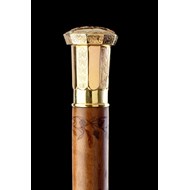