Caption Literature
A Japanese ‘Jizai Okimono’ a Forged Ironwork Articulated Model of a Snake with Gilded Silver Eyes and Forked Tongue set in an Open Mouth
Meiji Period (1868 - 1912) 19th Century
Size: 42cm long - 16½ ins long
Having the undulating movement of a real snake, the body is composed of many cylindrical parts that move freely and enable the shape to be changed into any arrangement of flowing curves or tight coils. Forged iron articulated animals started to be made in the mid Edo period of the 18th century. A figure of a dragon, now in the Tokyo National Museum, is inscribed with the name MyÅchin KisÅzai and the date 1713. His family were famous as makers of arms and armour, sword fittings and equestrian equipment, their history in trade extending back to the Muromachi period, (1392 - 1573). Originally the ‘Jizai’ were made as souvenirs for the ‘daimyo’ and as a way of advertising their skills to potential customers for armour, but with the advent of peace in Japan during the mid Edo period, the ornamental ironwork pieces became more important products.
The detailed fine workmanship of the articulated ‘jizai’, at which the Japanese craftsmen excelled, captured the eye of 19th century Western visitors and an overseas export market began to be developed. During the late 19th century the armourers and metal-smiths were prohibited by law from manufacturing swords and many workshops closed with their main source of income terminated. Some of the iron workers turned their attention to the production of jizai okimono and for a while trade flourished, but by the outbreak of the First World War production had all but stopped. 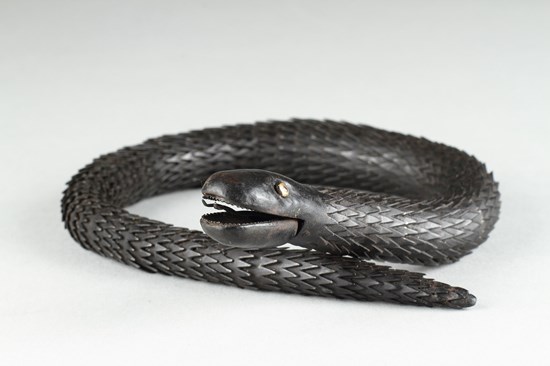 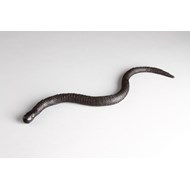 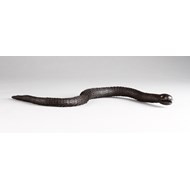 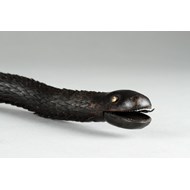 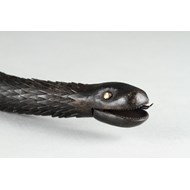 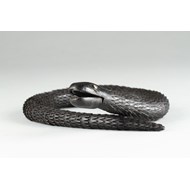