Caption Literature
A Victorian Jewelled and Gilded Silver Seal Depicting a Blackamoor the Base with an Uncut Almandine Garnet the Turban with Large Baroque Pearl and Set with a Green Garnet the Moor Wearing Drop Earrings Set with Green Garnets His Eyes of Pearls his Shoulders set with Red and Green Garnets and a Pearl
Contained in original fitted leather case
Circa 1840 - 1860
Size: 5.5cm high, 2¼ ins high
The blackamoor was a favourite subject in European Renaissance art and was typically depicted as a male wearing a turban and covered with costly jewels. Considered exotic and richly decorative, the most famous figure is probably that in the Green Vaults in Dresden known as the ‘Moor with emerald cluster’ created by Balthasar Permoser in 1724.
The use of the ‘moors head’ in art and as a heraldic device dates from the 13th century, and the term ‘moro’ was intended to designate the Saracens, the Ethiopians, the Turks and the Libyans. The term has direct connections with the Venetian Empire and its commercial activities, as well as with the Middle East and the Crusader Knights fighting for Salah ed Din. 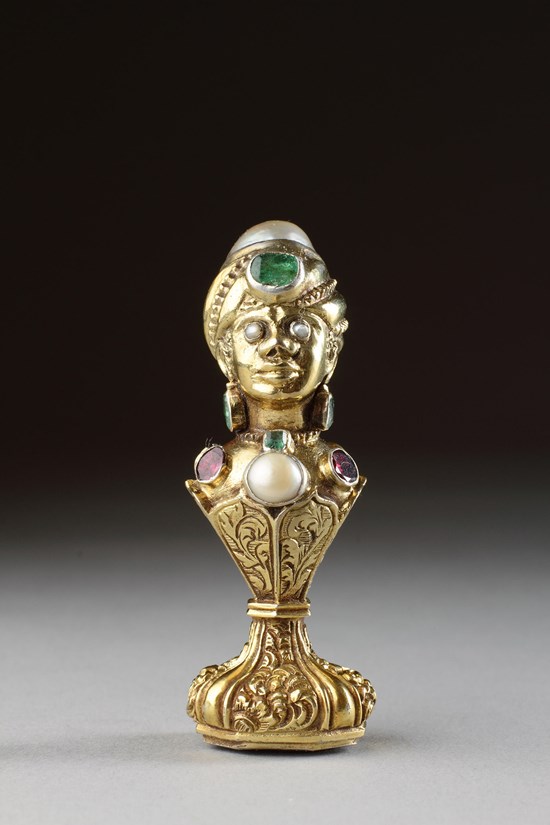 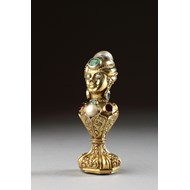 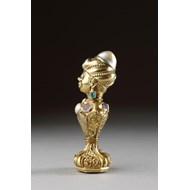 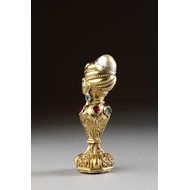 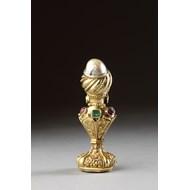 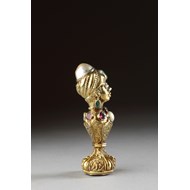 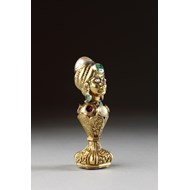 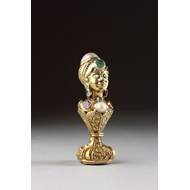 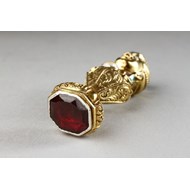 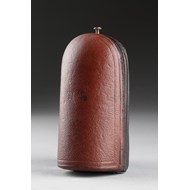 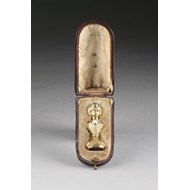 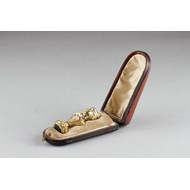