Caption Literature
A Fine Large Victorian Scottish Dendritic Moss Agate Casket with Gilded Silver Mounts Set with Gems of Amethyst Garnet Peridot and Turquoise
Circa 1860
Size: 11.5cm high, 13cm wide, 9cm deep - 4½ ins high, 5 ins wide, 3½ ins deep
Hamilton Palace is located north east of Hamilton in Lanarkshire and was the seat of the Dukes of Hamilton. It was demolished in 1927 as a result of dangerous subsidence caused by the removal of coal beneath the house. To try and forestall its demise, the 12th Duke of Hamilton sold the contents of the house in 1882 and this casket was one of the lots. Another was a Louis XIV armoire which is now in the Louvre Museum, Paris.
Moss agate does not have banding and can be white or grey with brown, black or green moss or tree like dendritic inclusions, suggestive of vegetable growth. These dendrites are not organic, but inclusions of other minerals most often iron or manganese oxides. Agate is found worldwide, but Scotland is a prolific source which produces interesting varieties.
The sales catalogue for 1791 of the minerals dealer Le Brun describes agates ‘that show dendrites some in the form of bushes composed of branches that divide into an infinity of very finely and elegantly drawn ramifications, others representing tree trunks in stronger lines and darker colours with a few leafless branches’ and he notes that his collectors were particularly fond of ‘tree agate’. 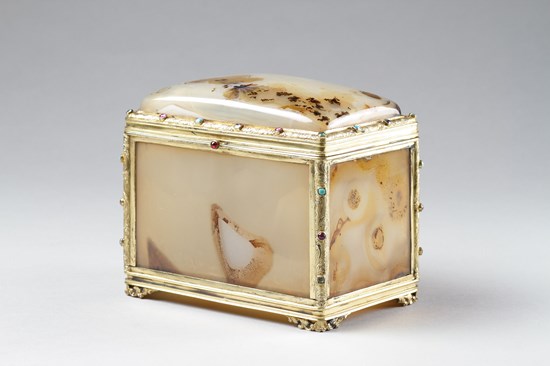 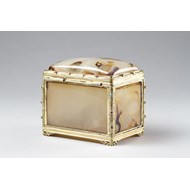 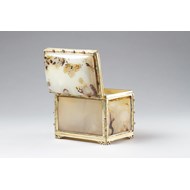 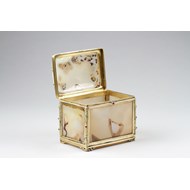 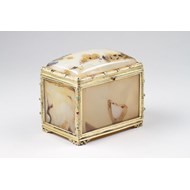 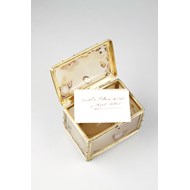 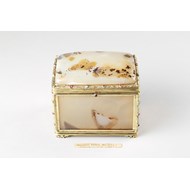 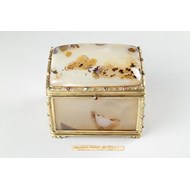