Caption Literature
A Southern French Double Sided Reliquary Pendant Containing Holy Relics of Named Saints and Martyrs in a Rolled Paper Display behind Faceted Rock Crystal Panels framed in an oval turned horn case with silver suspension loop
17th Century
Size: 6.5cm high, 5.5cm wide - 2½ ins high, 2¼ ins wide
Relics of the saints and martyrs are venerated in the Eastern and Oriental Orthodox and Roman Catholic church, as well as some Anglican churches. The use of reliquaries became an important part of Christian practices from at least the 4th century AD initially in the Eastern church which adopted the moving and dividing of the bodies of saints much earlier than the West, probably because the new capital of Constantinople, unlike Rome, lacked buried saints. Reliquaries provide a means of protecting and displaying relics which were often considered ‘more valuable than precious stones and more to be esteemed than gold’ (Martyrdom of St Polycarp). Reliquaries in the form of jewellery housing tiny relics first appeared in the early 16th century. Designed with portability in mind, they were often acquired by the faithful on pilgrimages. 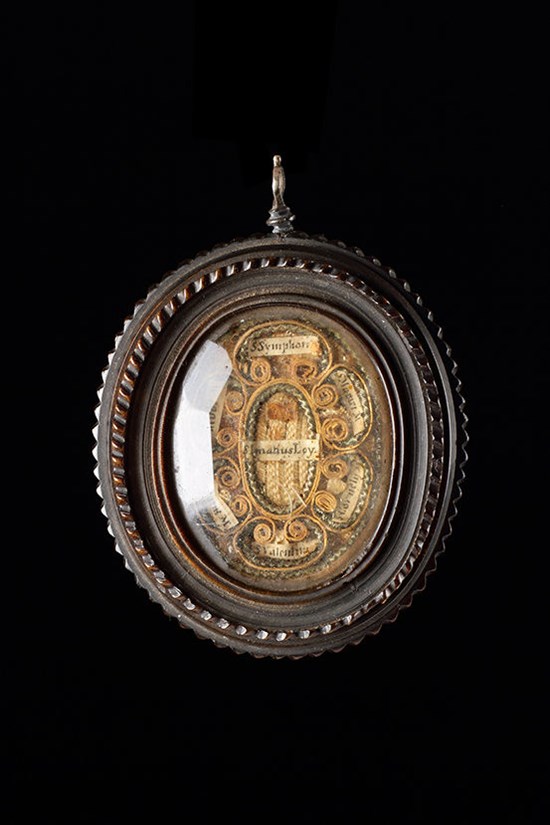 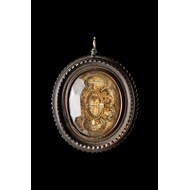 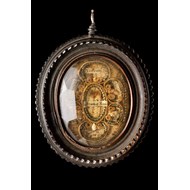 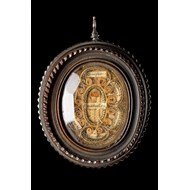 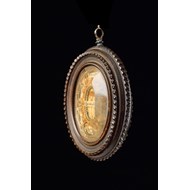