Caption Literature
An Ancient Greek Hellenistic Votive Terracotta of a Grotesque Female Fertility Figure Displaying a Receptive Cteis
Inventory no. 13 inscribed to reverse
4th - 2nd Century BC
Size: 4.5cm high, 4cm wide, 2.5cm deep - 1¾ ins high, 1½ ins wide, 1 ins wide
Sex and nature worship was popular in Ancient Greece with many shrines dedicated to the fertility of both humans and the soil. Linked to the worship of the gods Demeter and Dionysus, the deities responsible for the fruits of the harvest, the symbols of the cteis and phallus were used to bring fertility, good luck and to give magical protection against evil spirits. Priapus, the favourite god of women, the son of Dionysus, was the deity of fruitfulness and his image was found everywhere in Ancient Greece as a boundary marker, signpost, carved on a door lintel for protection, or in gardens in order to make the plants grow well.
The best specimens of Ancient Greek terracotta figures were found in tombs, but many came from the sites of temples and houses. It was a Greek practice to dedicate terracottas in temples and shrines and the guardians of these sacred places would periodically empty those under their charge of all the votive offerings which had accumulated there. Some of the metal objects would be melted down and reused to make basins for the temple service, but the terracotta figures and vases were thrown away. Terracottas depicting grotesque figures, caricatures, parodies, mimes, dwarfs and others were very popular in the Hellenistic period. A favourite was a dancing dwarf with a huge phallus, sometimes shown fighting his own monstrous member. This terracotta is the female counterpart displaying her vagina or ‘cteis’. 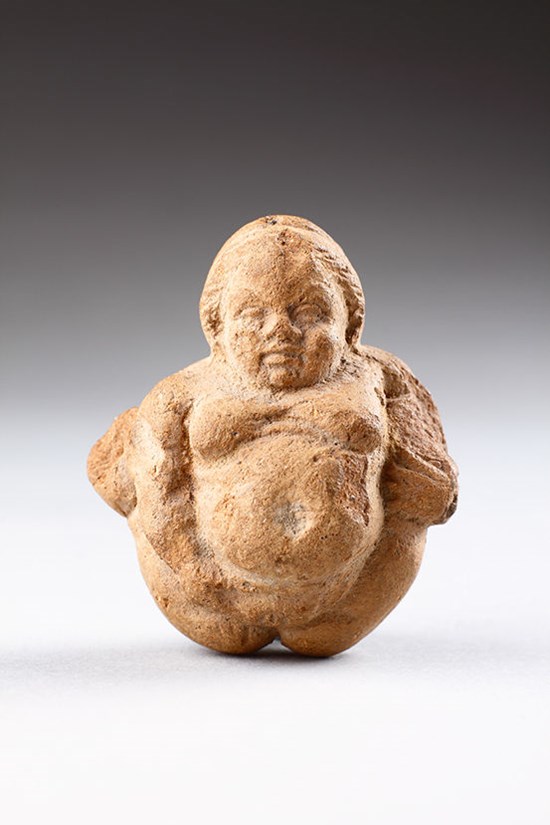 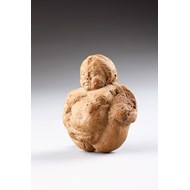 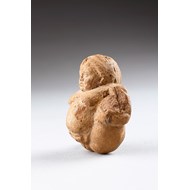 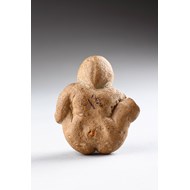 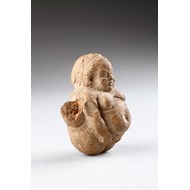 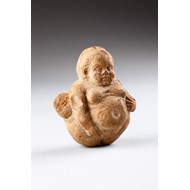