Caption Literature
A North Italian Renaissance Bronze Domestic Mortar Decorated with Fruiting Vines and a Horned Mask of Bacchus Bearing an Armourial for Isabella d'Este Marchesa of Mantua (1474 - 1539)
Old smooth greenish brown patina
16th Century
Size: 9cm high, 11.5cm dia. - 3½ ins high, 4½ ins dia.
Bronze mortars were used in almost every house of any standing in Europe during the Renaissance as evidenced by their regular appearance in wills and household inventories. A mortar made the pounding of herbs, spices and medicinals much easier tasks. Mortars made of bronze did not become impregnated with damp, salt or any other substance and so were preferred over those made of wood.
Isabella d'Este (1474 - 1539) was one of the leading women of the Italian Renaissance. Famous for her great patronage of the arts, she was also a leader of fashion. Born into a noble family in the city state of Ferrara she was classically educated and at the age of six was betrothed to Francesco Gonzaga, the heir to the Marchese of Mantua. In 1490 she married him and became the Marchesa. He had by then become Captain General of the Armies of the Republic of Venice, and so by necessity, was often away from his family seat ‘La Reggia’, leaving Isabella to act on his behalf. In 1509 he was captured and held hostage in Venice. As the Marchesa, Isabella took control of Mantua’s military forces and held off the invaders until his release in 1512. She hosted the Congress of Mantua held in the same year and helped settle some of the differences between Florence and Milan. Upon his return Francesco II felt humiliated and betrayed by his wife’s superior political ability and the marriage ended. Isabella lived independently and travelled until his death in 1519 when she returned as Regent to rule Mantua for her son Frederico. 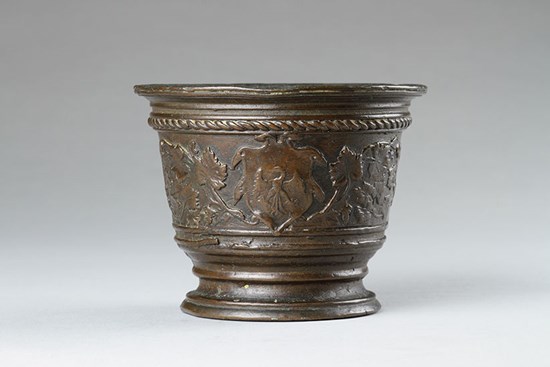 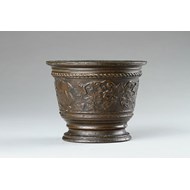 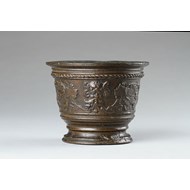 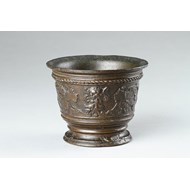 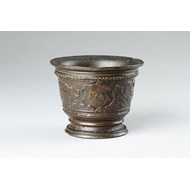 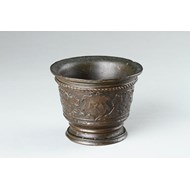 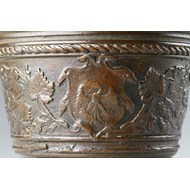 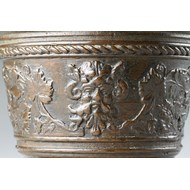