Caption Literature
A North East Papua New Guinea Oro Province Collingwood Bay Lime Spatula Carved in the Form of a Shark incised with lines representing shoals of fish
Containing traces of white lime with three pierced holes once holding shell beads
Old dark smooth silky patina with traces of lime to the end
An old label inscribed ‘Beasley Collection Papua Collingwood Bay Judge Chubb Collection 1880’ inventory no. ‘3026’
19th Century
Size: 42cm long - 16½ ins long / 46.5cm high - 18¼ ins high (with base)
Throughout Melanesia betel nut is chewed both in ritual and ceremonial contexts and as a social habit. The substance releases an alkaline stimulant which speeds up the heart rate and raises body temperature producing a feeling of energy. It consists of a paste made from the crushed kernel of an Areca palm nut, the fruit or leaf of the betel-pepper plant and a quantity of powdered lime obtained from burning pieces of coral or shell. A small bite sized piece is placed in the cheek and chewed in a similar manner to a wad of tobacco.
Papua New Guinea has a long tradition of betel nut chewing and it is said that in earlier times special lime containers and spatulas were made from the skulls and bones of dead ancestors. By keeping a dead relatives skull the descendant obtained the right of ownership of all the deceased’s property and inherited all of their power within the community. 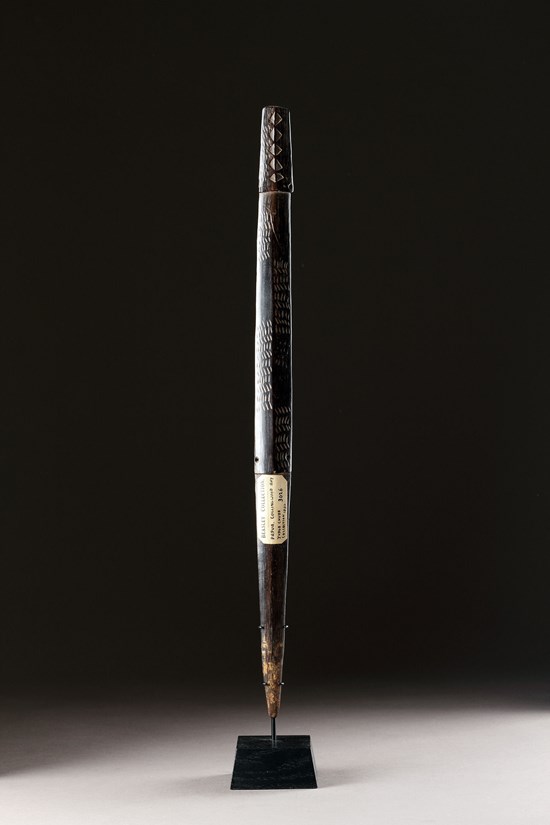 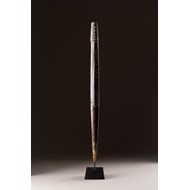 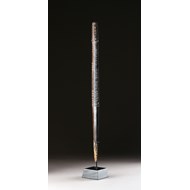 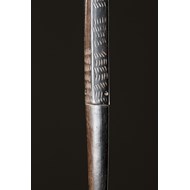 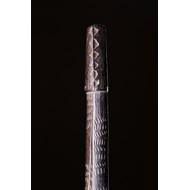 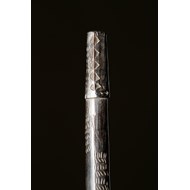 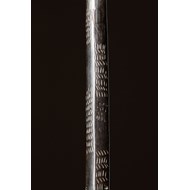 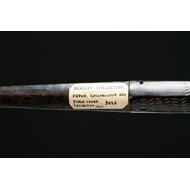 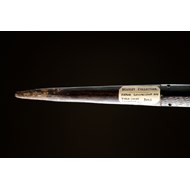 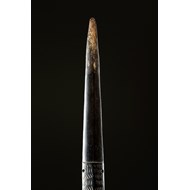 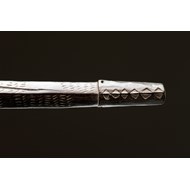 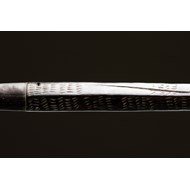 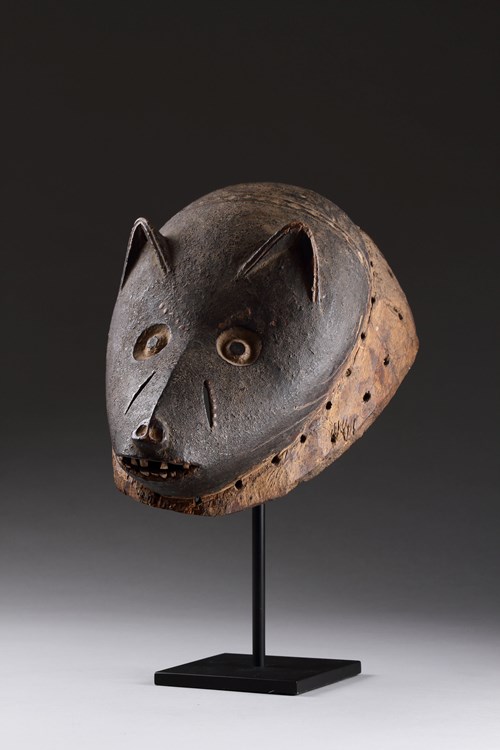 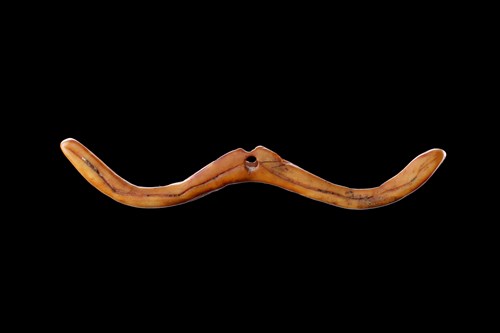 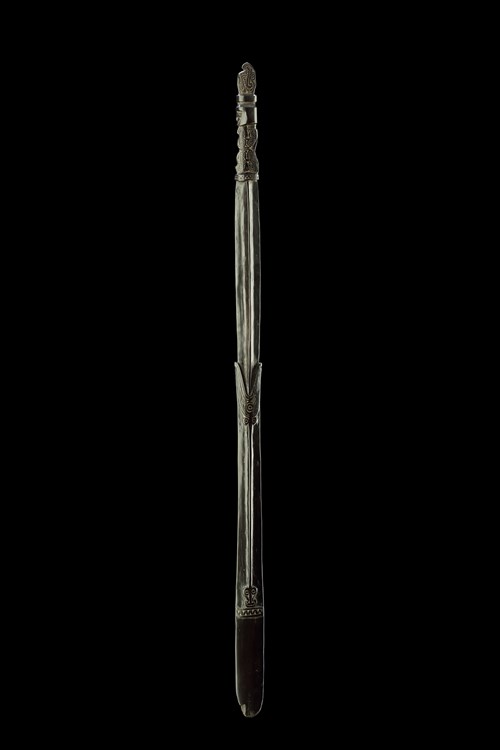