Caption Literature
A Japanese Finely Carved Boxwood Okimono of a Thwarted Rat Catcher the Eyes Inlaid with Horn
Well patinated and in good condition
Signed in a rectangular cartouche ‘Shokyusai To’
Inventory label inside trap ‘5111’
Late 19th Century
Size: 12cm high, 9cm wide, 3.5cm deep - 4¾ ins high, 3½ ins wide, 1¼ ins deep
The very detailed and highly naturalistic work of this okimono depicting the trade of the rat catcher gives life to his expression of fearful terror. The escaping rat causing him to contort his body and face which is a picture of surprise, anger and frustration. Rats are sacred to the Japanese deity Daikoku who is one of the seven gods of Fortune or Luck. As the God of Wealth and worldly prosperity he is often depicted with a symbolic mallet, with which he grants wishes, sitting upon two rice bales at which rats are nibbling. His messengers are the rats which are regarded as a warning against carelessness in protecting worldly possessions. However, Daikoku’s good humour and wealth are such that he cheerfully disregards the rats eating the rice from the bottom of his bales, and as the guardian of farmers, radiates a belief in plenty. 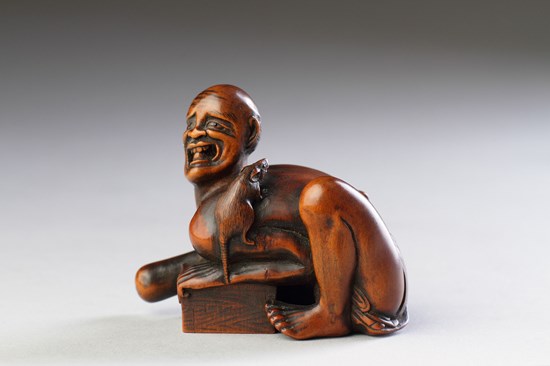 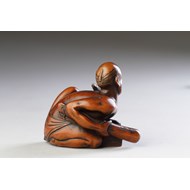 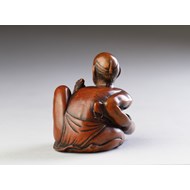 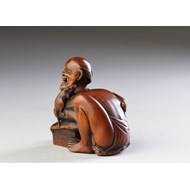 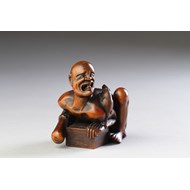 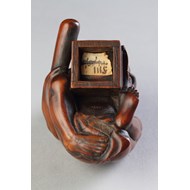 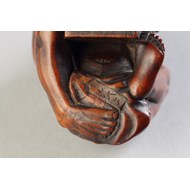 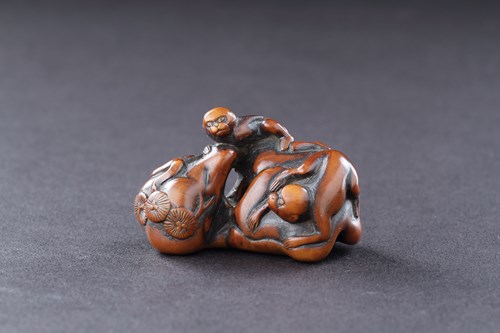 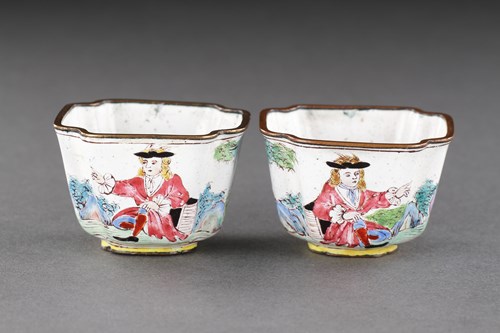 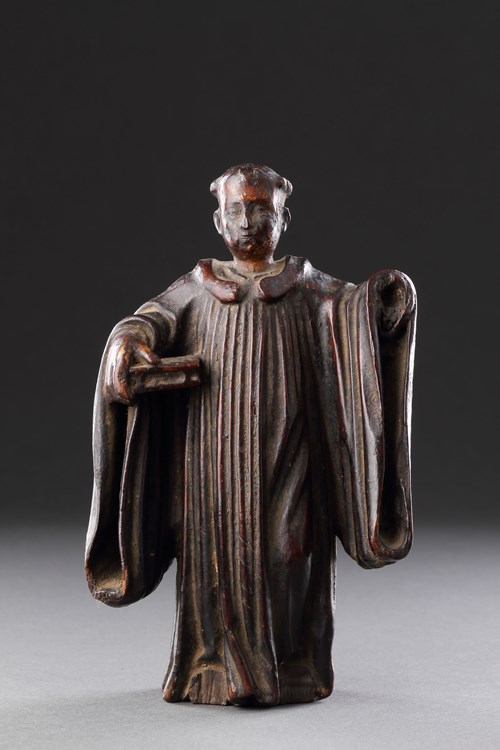