Caption Literature
A Large Ancient Egyptian Anthropomorphic Mummiform Figure of Ptah-Sokar-Osiris a Funerary Papyri Container
Polychromed gessoed sycamore fig wood decorated with a Hieroglyphic Panel Osiris and Winged Figure of Isis
Rectangular Sarcophagus base and Atef Crown missing
Late Period 747 - 332 BC
Size: 50cm high, 10cm wide, 8cm deep - 19¾ ins high, 4 ins wide, 3 ins deep
From the late period onwards many tombs were equipped with the wooden statuettes depicting Ptah-Sokar-Osiris as an anthropomorphic mummiform figure. They were placed there to help the deceased, the texts inscribed on them containing offering formulae and hymns to the funeral deities. Sometimes they were hollow and contained small rolls of papyrus inscribed with the ‘Book of the Dead’, the precious guide to the afterlife. Alternatively a small fragment of the ‘Netherworld Book’ was placed in the sarcophagus base. The Book of the Dead was a funerary text known to the ancient Egyptians as the ‘spell for coming forth by day’. It was first introduced at the end of the Intermediate period and consisted of about 200 spells or ‘chapters’ over half of which were derived directly from earlier pyramid texts or coffin texts. They were usually inscribed on papyri and simply placed in the coffin, but it could also be rolled up and inserted into a statuette or incorporated into the mummy bandaging. Ptah-Sokar-Osiris was an important image for the funerary cults, a combined god used for magical regeneration, whose ancestors were the ‘corn mummies’ placed in the tombs as a symbol of rebirth. 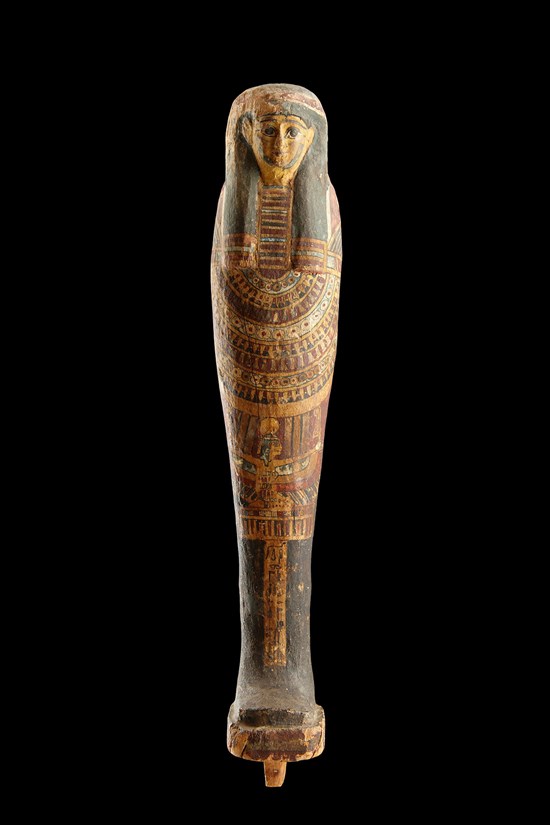 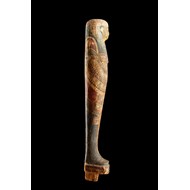 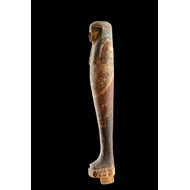 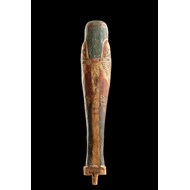 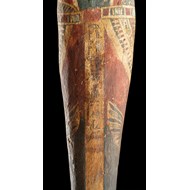 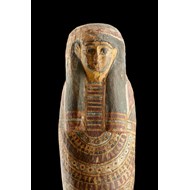 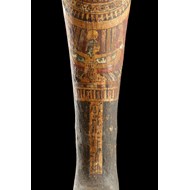 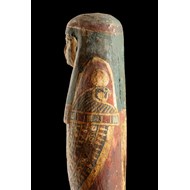