Caption Literature
A Japanese Carved Stags Horn Netsuke Depicting a Playful Shishi crouching over a large ball through which forms the Himotoshi
The tail and mane with finely worked stylised curls the eyes inlaid with horn unusually ‘floppy’ ears
Well patinated with some patches of wear to the fur
18th Century / Early 19th Century
Size: 3.5cm high, 3.5cm wide, 3.5cm deep - 1¼ ins high, 1¼ ins wide, 1¼ ins deep
Shishi are mythical lion dogs of Chinese origin known in Japan as ‘Komainu’ and in Okinawa as ‘ShÄ«sÄ’. They are believed to have the power to repel evil and are now habitually used to guard the gates and doors of temples and domestic houses, although they have only been used outdoors since the 14th century. They are really lions and not dogs, and probably came to Japan from India where they had taken up residence from China via the Silk road. They came from India together with the Buddhist faith in which the lion is the symbolic protector of the dharma, the teachings of the Buddha. Eventually the lions also became the guardians of the entrance to Japanese Shinto shrines and Buddhist temples. As a netsuke the shishi has an amuletic role in protecting its owner. 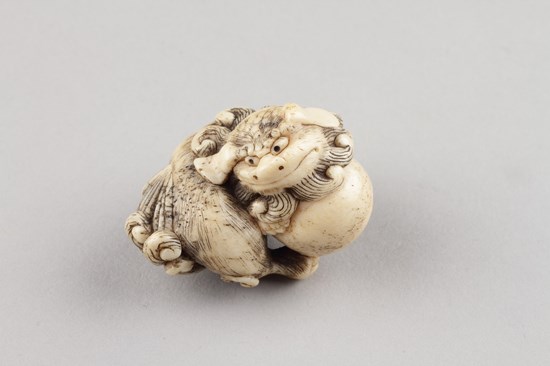 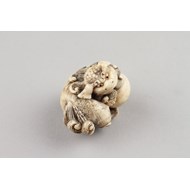 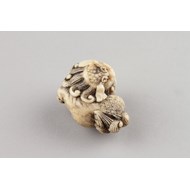 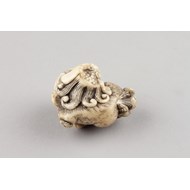 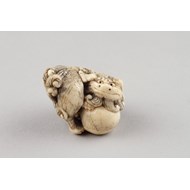 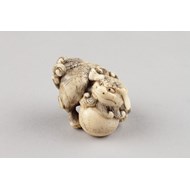 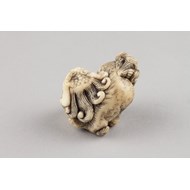 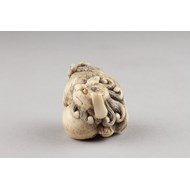 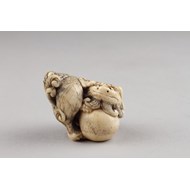 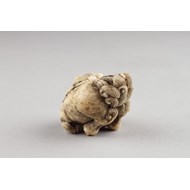 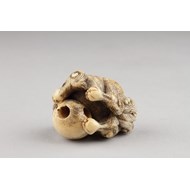