Caption Literature
An Austrian Carved Ivory Statue of the Martyred Bohemian Saint John Nepomuk Dressed in the Cassock Lace Edged Stole and Ermine Fur Mantle of an Augustinian Canon standing on a Baroque base decorated with a Sacred Heart
1st Half 18th Century
Size: 21.5cm high, 10cm wide, 4cm deep - 8½ ins high, 4 ins wide, 1½ ins deep
John Nepomuk was canonised in 1729, but was depicted in paintings and sculptures before he was officially made a Saint. The most famous depiction of him is a bronze erected in 1683 on the Charles Bridge in Prague after a model by Matthias Rauchmiller (1645 - 1686) which has served as a prototype for other sculpted representations of the Saint and is very similar in pose to this ivory.
Nepomuk (1345 - 1393 AD) is considered the first martyr of the Seal of the Confessional. As confessor to the Queen of Bohemia he was drowned at the behest of Wenceslaus, King of the Romans, in the Vltava river as he refused to divulge the secrets of the Confessional. Due to the manner of his death, he is also considered a protector from floods and drowning. His baroque tomb monument cast in gilded silver stands in St Vitus Cathedral in Prague. 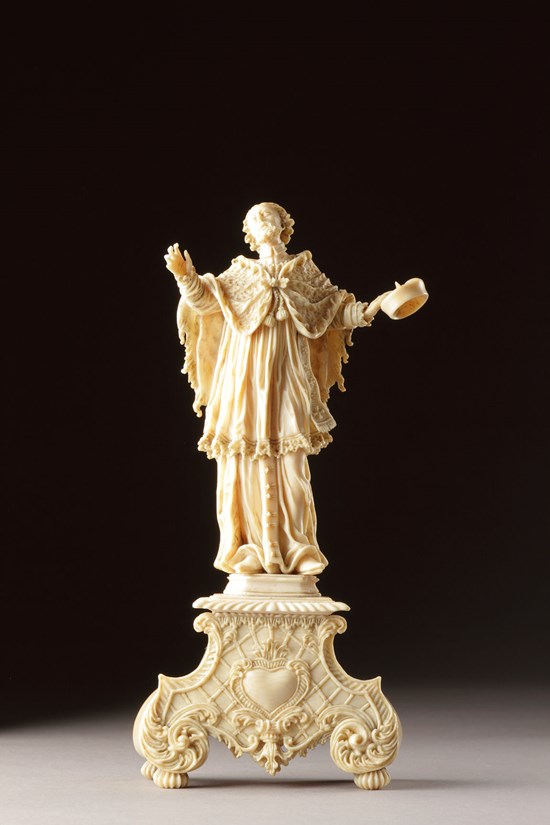 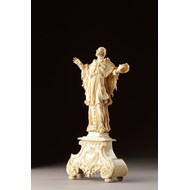 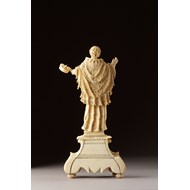 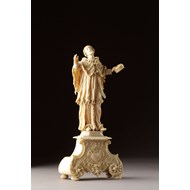 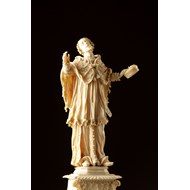 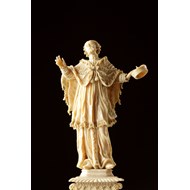 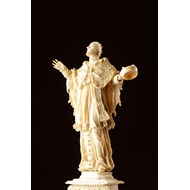 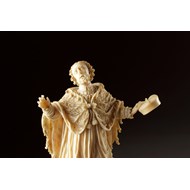