Caption Literature
A Rare Central Australian Desert Aboriginal Medicine Man’s Ritual ‘Pointing Bone’ the End Enrobed in a Ball of Resin with an Attached Cord of Braided Human Hair Surmounted with a Plume of Feathers
Probably from the ‘Pitjantjatjara’ People
An old label attached to the bone reading: ‘Manutarka Aboriginal Witch Doctor’s Pointing Bone. Australia’
19th Century
Size: 44cm long (max) - 17¼ ins long (max) bone: 21cm long - 8¼ ins long / 23.5cm high - 9¼ ins high (on base)
Aboriginal medicine men can be divided into two categories, the sorcerers and the healers. Every Australian Aboriginal has recourse to what is known as sorcery by which he can harm an enemy, the medicine men known as ‘Kungara’, the healers, are the only individuals who can counter those influences. The medicine man is the most powerful person in the community and is ritually sanctioned after undergoing special initiation into their magical craft. The Aborigines tribal name for them means intelligent, powerful and clever men.
Bone pointing, a symbolic or magical way of spearing a victim, is the most powerful, direct and best known method of projectile magic employed by the Aborigines. The instrument is made of the arm bone of a dead man or the fibula of a wallaby, kangaroo or emu, usually from 3 to 8 inches in length the gum encasing the butt end secures a length of human hair to the bone. The sorcerer turns his back to his victim, stoops down and jerks the pointer at him several times while he mutters incantations. The sorcerer, in using the ‘death pointer’ produces an instantaneous psychic shock, and captures the life-essence of the soul or spirit of the victim. By a magical and secret rite he can provoke the death of a person from a distance by projecting invisible substances along the string and pointer into his victim’s body. 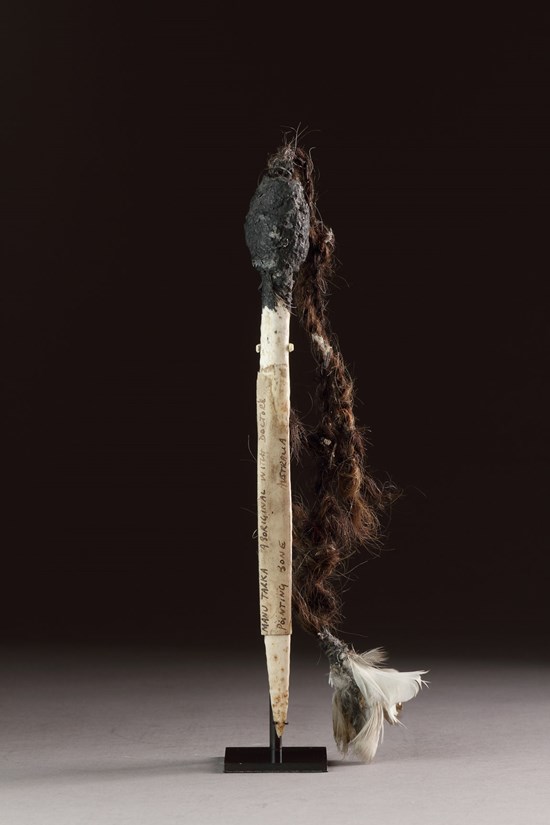 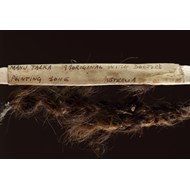 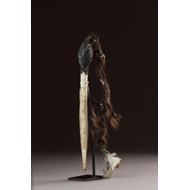 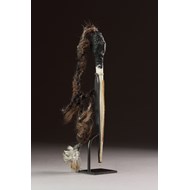 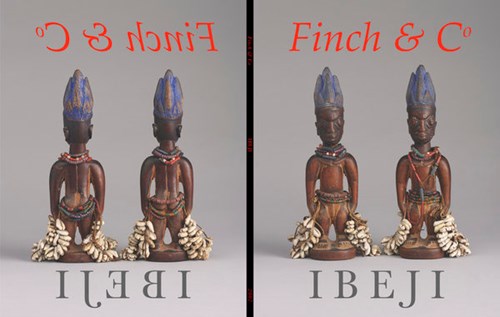 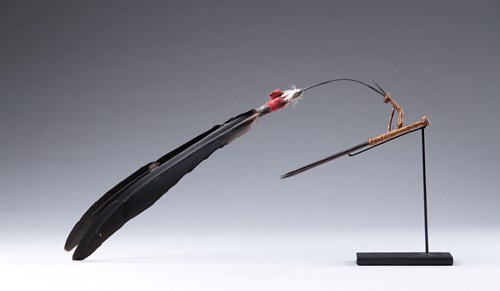 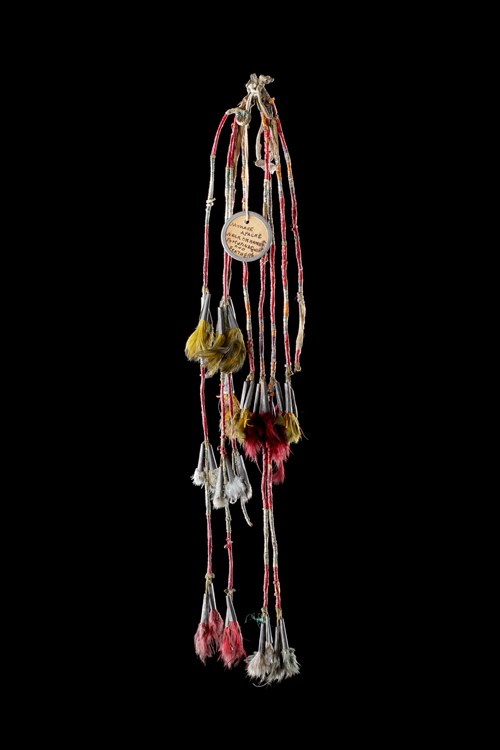