Caption Literature
A Rare English Silver and Ivory Traveling Knife and Fork with original Fish Skin Case the fluted ivory handles decorated with silver tendrils of scrolling vines the fork with three silver tines the steel knife blade with cutlers mark
Late 17th Century
Size: case: 18cm long - 7 ins long
Many crafts were involved in the making of a quality knife and although a cutler was required by his guild to make a complete knife, it is probable that the carved ivory, silver, bronze or agate handles were provided by specialist craftsmen, and may even have been imported from abroad. Ornately decorated knives were popular amongst the wealthy of London and at court, and were accepted as a fashionable part of dress.
Early 17th century travellers brought back reports from Italy of the usage of forks, not as is often thought to transfer food to the mouth, but rather to prevent contamination by holding the meat in place when cutting on the plate. After much resistance, the fork as an implement at table was eventually accepted in Britain, although not until around 1670. 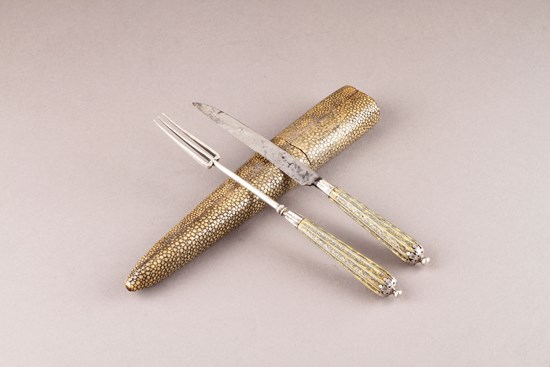 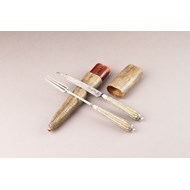 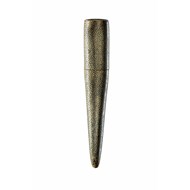 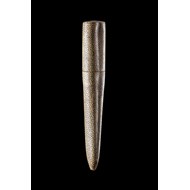 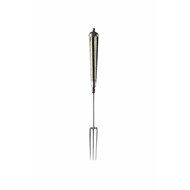 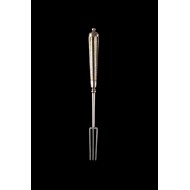 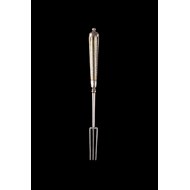 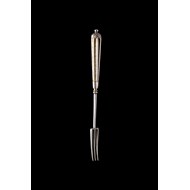 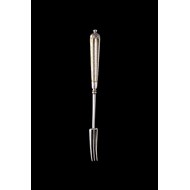 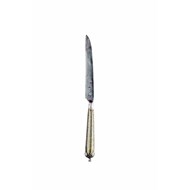 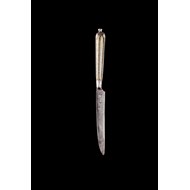 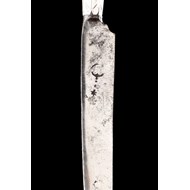 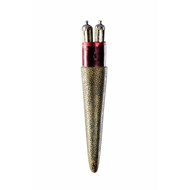 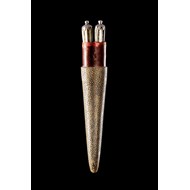