Caption Literature
A Spanish Colonial Mexico Tortoiseshell Domed Casket inlaid with silver and brass rosettes the lid sgraffito etched with floral urns the side panels with a dog and bird the back with a pair of trees birds and an inscription: ‘Se Hizo en la mui Noble y Leal Ciudad de Guadalaxara Nuevo Reyno dela Galicia’ this translates as: ‘Made in the very Noble and Loyal City of Guadalajara the New Kingdom of Galicia’
Silver hinges and lock the lid attached with silver chains the interior lined with blue paper
Early 17th Century
Size: 9.5cm high, 17cm wide, 7cm deep - 3¾ ins high, 6¾ ins wide, 2¾ ins deep
Toribio de Benavente, known as Motoliní­a arrived in Mexico in 1523 with the first Franciscans and quickly became one of the greatest advocates for the indigenous population of Mexico. In his ‘History of the Indians of New Spain’ he writes eloquently of the ingenuity of the native craftsmen ‘in the mechanical arts the Indians have made great progress both on those which they cultivated perviously and in those which they learned from the Spaniards’ later he added ‘they never make anything without changing the style, seeking to create new models’. From the 16th to the 18th centuries the European, Asian and African artists and craftsmen of Colonial Latin America, working alongside the indigenous people, created some of the most extraordinary decorative arts drawing freely upon the rich artistic traditions and techniques of their homelands.
The application of tortoiseshell with the use of sgraffito was a common technique in the Spanish colonies of the New World for luxury items such as boxes, sewing cabinets and mirrors.
Guadalajara is a city in Western Mexico, Capital of the state of Jalisco and is famous for its historic colonial centre and cathedral with twin golden spires. 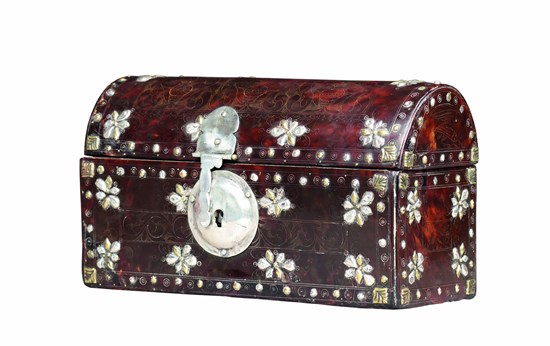 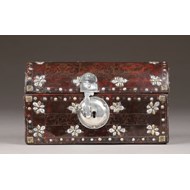 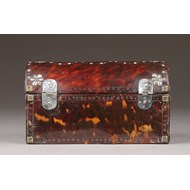 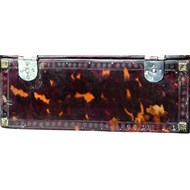 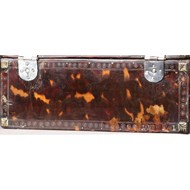 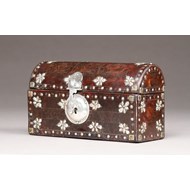 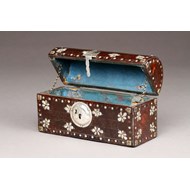 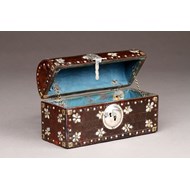 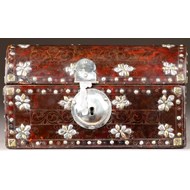