Caption Literature
An Ancient Egyptian Limestone Head of a Youthful Man with Short Stylised Coiffure Drawn Back Behind His Ears
Perhaps from a small funerary statue
Traces of pink polychrome and gesso to the sides of the face
Middle Kingdom 12th Dynasty / 1985 - 1795 BC
Size: 9cm high, 7.5cm wide, 8cm deep - 3½ ins high, 3 ins wide, 3¼ ins deep
The ancient Egyptians took great care of their hair and were concerned to avoid greying and baldness. Their hair was usually washed and scented and wealthy individuals employed hairdressers. An 11th Dynasty sarcophagus of Queen Kawit from Deir-el-Bahri (2055 - 2004 BC) now in the Egyptian Museum at Cairo, shows a hairdresser at work on a very similar hairstyle to that portrayed on this head. This short ribbed hairstyle was particularly popular during the 11th and 12th Dynasties for both men and women.
Small funerary statues were made during this period showing the tomb owner in several different ways. The variations were intended to show, and therefore perpetuate all aspects of the deceased, in both youth and in old age. The pose, hairstyle and dress details demonstrated his position in society and his career, as well as his hopes for the afterlife. 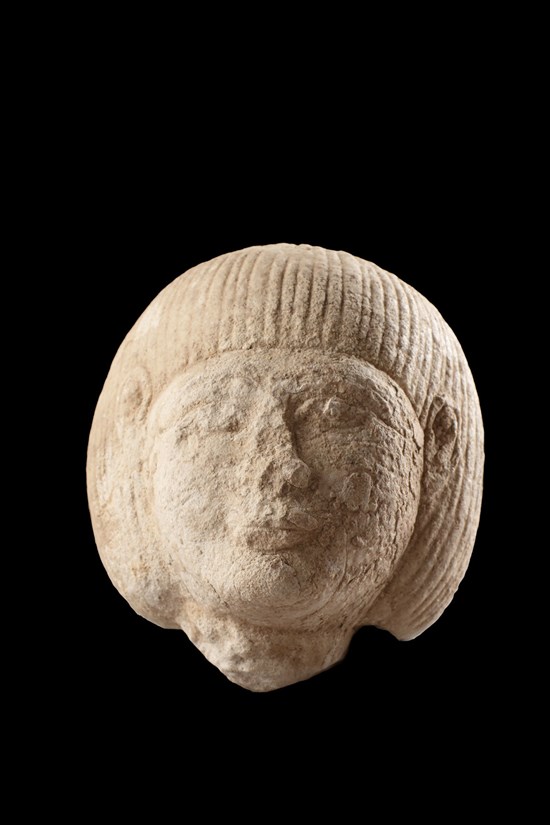 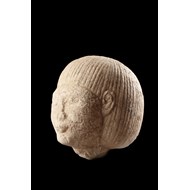 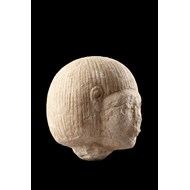 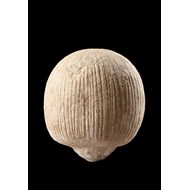 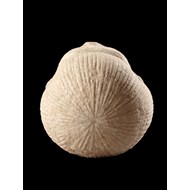