Caption Literature
A Rare English Renaissance Courtly Ivory Handle from a Hunting or Carving Knife Decorated with a Heraldic Lion and Unicorn Locked in an Embrace the Unicorn’s Horn Pointing into the Lion’s Toothy Mouth the reverse decorated with the crowned head of a King
Smooth silky creamy patina
Circa 1580 / Late 16th Century
Size: 11.5cm high, 4.5cm wide, 2.5cm deep - 4½ ins high, 1¾ ins wide, 1 ins
At Renaissance court banquets individual dishes and roast meat in particular were ceremonially carved before being served to the guests. The carving and serving constituted a ceremony conducted with consummate artistry before the guests at table for their enjoyment. This task was viewed as so important that it evolved during the 15th century into a special office at court, the ‘carvership’ which was held by designated officials and chosen members of the nobility. Treatise upon treatise was written well into the 17th century describing the skills to be displayed by holders of the ‘carvership’, and the rules of conduct for those involved in serving. As the carving and serving cutlery was used in front of persons of high rank, such pieces had to look very impressive. As a result the handles became exceptionally finely worked in a variety of exotic valuable materials such as ivory, amber, coral, agate, silver and gold inlay designed to provide outward manifestations of wealth and status. 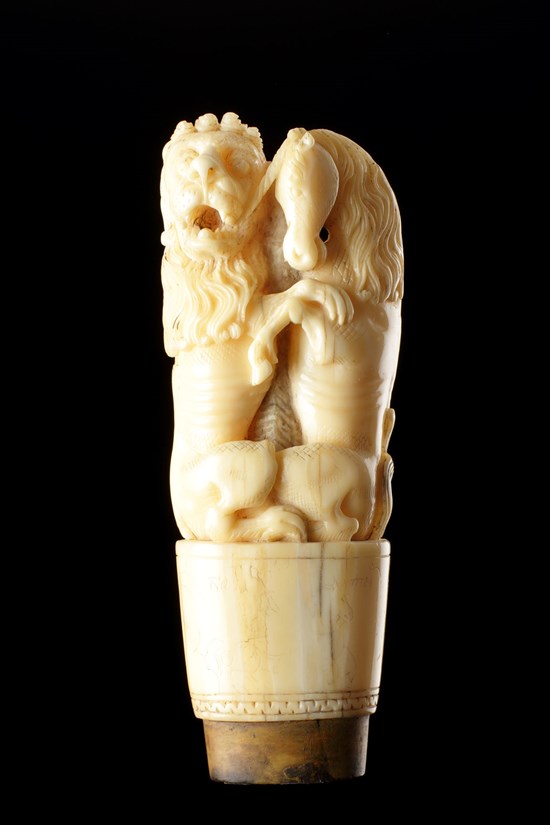 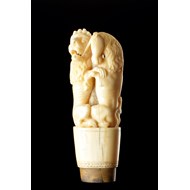 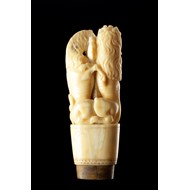 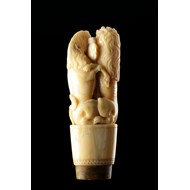 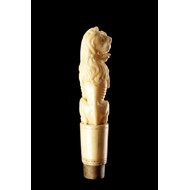 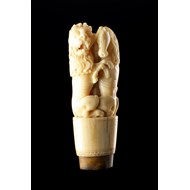