Caption Literature
A Papua New Guinea Trobriand Islands Massim Tortoiseshell Ritual Currency Holder and Lime Spatula
Old deposits of Lime adhering to the lower blade and two lines of attached ‘Spondylus’ shell discs to the top
An inventory no. ‘ 70-1957’ to the blade
19th Century
Size: 24cm long, 2.5cm wide - 9½ ins long, 1 ins wide
These delicately crafted tortoiseshell spatula had a dual function. They served as lime spatulas, the lower tip of the blade was employed to extract lime from a gourd container during the chewing of betel nut, and the upper portion with two lines of small holes with sennit attached small discs of bright pink and orange spondylus shell, served as ritual currency. As ritual objects used to hold and display an owner’s wealth, they are among the most important valuables in the region’s ceremonial exchange network and were traded throughout the region. A conspicuous and durable form of wealth, they were used to pay for feasts, land, canoes and were often part of a bride’s dowry. Larger and more elaborate examples were sometimes carried by women as dance accessories. 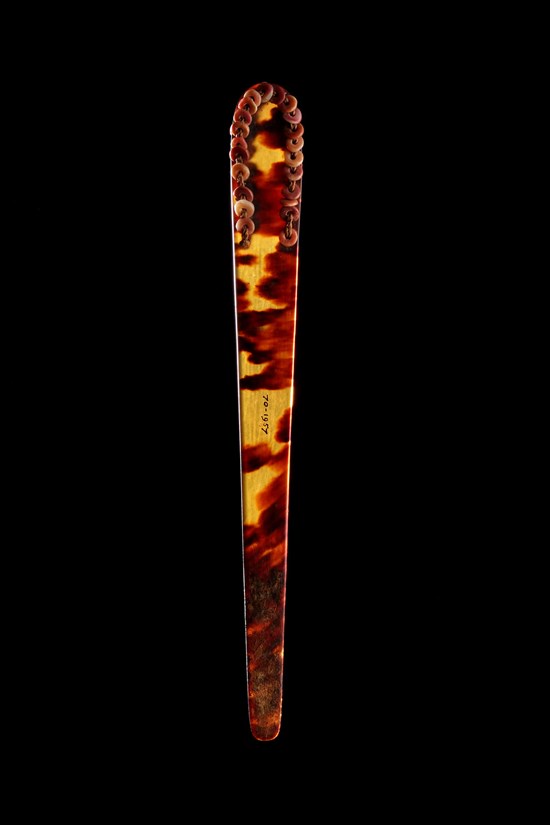 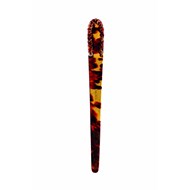 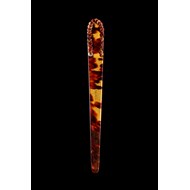 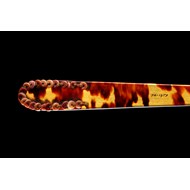 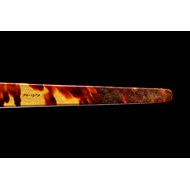