Caption Literature
A Rare English Georgian Apothecaries Glass Leech Jar with Turned Over Foot and Folded Top Rim
Good undamaged condition
Circa 1780
Size: 21cm high, 18.5cm dia. - 8¼ ins high, 7¼ ins dia.
In the 18th century barber-surgeons performed many of the functions of the modern doctor including blood letting, purging and tooth drawing. They were important figures in medicine and many hundreds of leeches would be kept by them for use in bleeding. Blood letting was a favourite form of treatment during the 18th century for diseases thought to be caused by an excess of bodily fluid. Detailed directions were given regarding the most favourable days and hours for blood letting, the correct veins to be tapped, the amount of blood to be taken and the number of bleedings. Blood could be taken by opening a vein with a lancet or more usually by blood sucking leeches.
Jars for storing leeches were often the province of the apothecary rather than the barber-surgeon and are found in glass, creamware such as Leeds pottery, delft and stoneware. The leeches would be stored, before and after use on a patient, either dry or in water. The top of the jar would be covered by muslin to allow them to breathe. 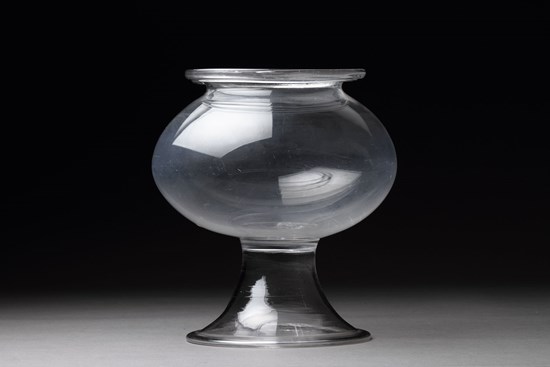 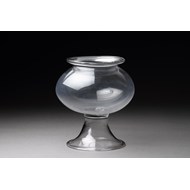 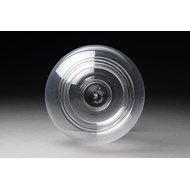 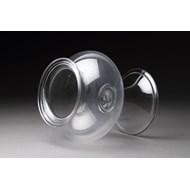