Caption Literature
A Solomon Islands New Georgia or Bouganville Islands Ritual Male Spirit Figure
The wood painted with black and red pigments, the eyes inlaid with shell
One arm with old native repair
Old smooth silky patina
19th Century
Size: 39cm high - 15¼ ins high / 44cm high - 17¼ ins high (with base)
The Solomon Islands first became known to the world through the voyage of Alvaro de MendaÅˆa from Spain in 1568, and it was the Spanish who were responsible for naming some of the individual islands such as San Christobal. However the archipelago’s precise location remained unknown until the voyage of Louis Antoine de Bougainville in 1768. He was followed by gradually increasing numbers of explorers, whalers and traders in tortoiseshell and ‘bíªche-de-mer’, pressed coconut, and in the mid 19th century by the Christian missionaries.
Captain Andrew Cheyne in the ship ‘Naiad’ cruised the waters around the Islands of New Georgia in 1844 and wrote: ‘I know of no islands in the Pacific where so much tortoiseshell can be procured. Whalers usually get from 1½ to 3 pounds of shell from the natives for a small hatchet or tomahawk... The reefs around New Georgia... produce bíªche-de-mer of the first quality... pearl oysters of a large size are also to be found in abundance off the reefs... The trade goods most suitable for New Georgia are axes, adzes, tomahawks, blue cloth... small beads of all colours... knives chisels etc.’ (Cheyne 1852: pg. 63 - 64)
It is probable that this figure was carved for the concluding ritual of boys initiation rites. After their prolonged seclusion away from village life they were reintegrated into the community by rituals that included the making of new ceremonial headgear for them to wear and processing into the village preceded by younger uninitiated boys carrying wooden carvings of men, women and birds. These figures were not sacred and did not represent ancestors or any particular individual. There was no secrecy attached to them and both sexes could view them. After these rituals the figures were usually burnt, which accounts for their comparative rarity. 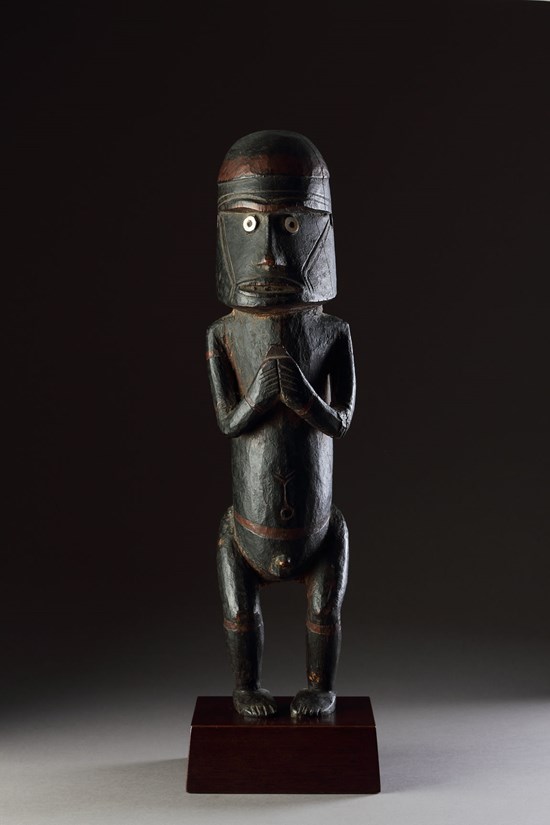 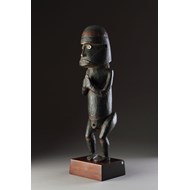 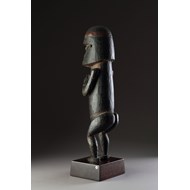 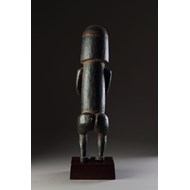 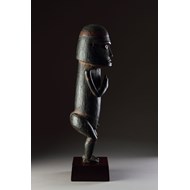 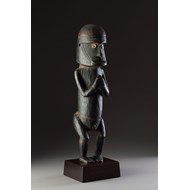 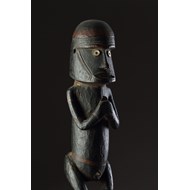 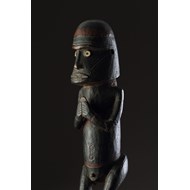 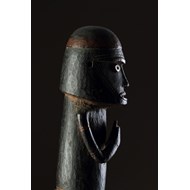 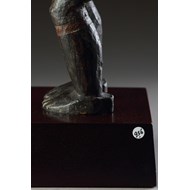