Caption Literature
A West African Cote d’Ivoire Lagoons Region Attye Peoples Standing Female Figure Traces of Encrustation to Breasts and Shoulders
Superb old smooth silky patina
19th Century
Size: 46cm high - 18 ins high / 52cm high - 20½ ins high (with base)
The south eastern coast of the Cote d’Ivoire is an area of lagoons and although small, contains a mosaic of peoples speaking around fifteen languages living in villages which before colonisation were autonomous. Residing in close proximity to each other they have long used and been influenced by each others art forms and by those of their northern neighbours the Baule and Anyi.
Typical of the Attie is the elaborate detailed coiffure divided into raised cones or masses on the head. The remains of an encrusted surface to the upper breasts and the shoulders suggests that this was a shrine figure dedicated to a deity and that it was used for some time. The role of these figures was to convey messages to spirit’s living in the other world and may have been used by a diviner to focus and control spiritual forces used in traditional healing. Alternatively it could have been intended to represent and house a man’s ‘spirit lover’ from the other world. It may also have been displayed at certain ceremonial dances as statuettes of similar form were put to all of these varied uses. 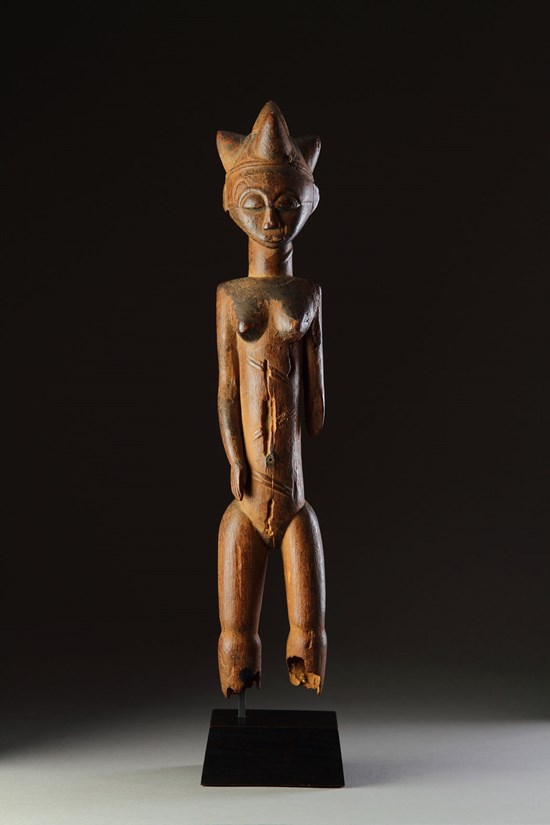 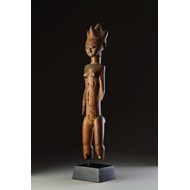 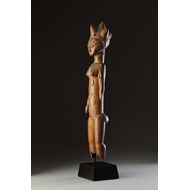 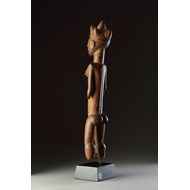 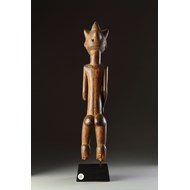 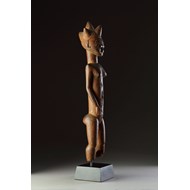 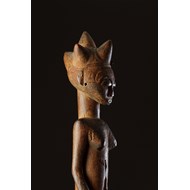 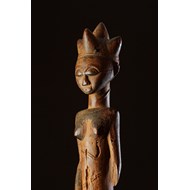 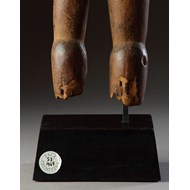