Caption Literature
A Fine Ancient Egyptian Solid Cast Bronze Figure of Osiris
Late Dynastic Period 26th - 30th Dynasty 664 - 343 BC
Size: 26cm high - 10¼ ins high / 28cm high - 11 ins high (with base)
One of the earliest of the ancient Egyptian Gods, Osiris became one of the most important of all the deities whose principal association was with death, resurrection and fertility. As in this figure, he is often depicted as a mummy whose hands project through his wrappings to hold the royal insignia of crook and flail. He wears the distinctive ‘atef’ crown consisting of the tall ‘white crown’ flanked by two plumes and a pair of twisted ram horns. His skin and flesh is shown as black to signify the fertile Nile soil as one of his earliest functions was as a fertility god overseeing the growth of crops and controlling the inundation of the river and its all important alluvium deposits.
The combination of his fertility and funerary aspects transformed Osiris into the quintessential god of resurrection. By the 5th Dynasty (2494 - 2345 BC) the dead King was identified with Osiris while the living ruler was equated with his son Horus, and by the First Intermediate Period (2181 - 2055 BC) it appears to have become possible for any deceased person to be resurrected in the guise of Osiris. In order to gain eternal life it was essential the mummified body had to imitate the appearance of Osiris as closely as possible. Herodotus, the Greek historian described the most expensive technique of mummification as being ‘in the manner of Osiris’. 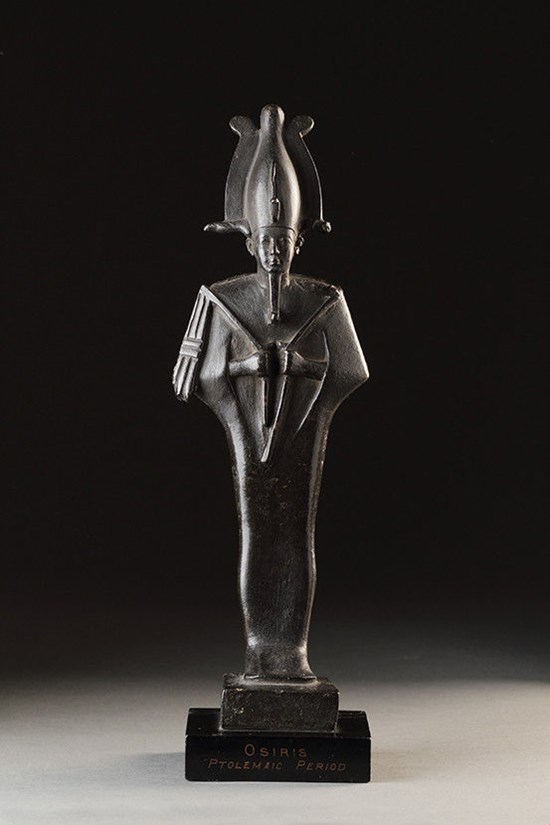 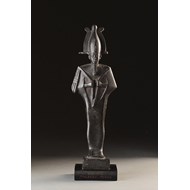 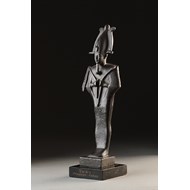 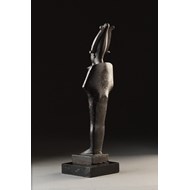 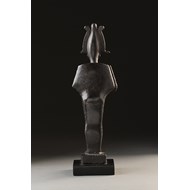 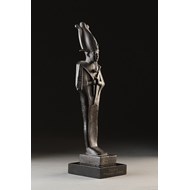 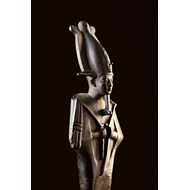 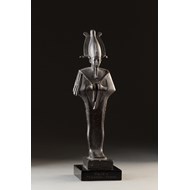 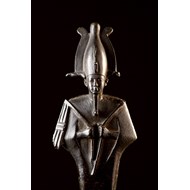 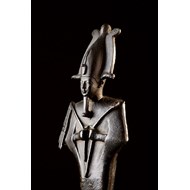