Caption Literature
An Indian Mughal Amuletic Gold and Turquoise Mounted Amethyst Forehead Ornament ‘Tikka’ the Gem in the Shape of a Banyan Leaf carved with a bearded face probably representing the God Shiva the reverse with an overlaid gold foliate symbol inlaid with turquoise
With some wear to gold overlay
17th Century
Size: 2.7cm high, 1.8cm wide - 1 ins high, ¾ ins wide
In Hindu physiognomy the forehead is regarded as the most sacred part of the body housing the psychic seat of enlightenment ‘Sahasra Chakra’. Gems such as this, worn with a chain along the parting of the hair and hung over the forehead, functioned as a medium between human and divine, the known and the unknown. In India a jewel was not a mere ornament, it was a magical and amuletic protector against evil spirits and a guardian of religious faith.
Flora and fauna are an inseparable aspect of Indian jewellery design. Even ordinary everyday foods like the mango and clove are found incorporated to propitiate deities for food, sustenance and good luck. The leaves of the banyan tree were frequently employed as jewellery. The tree is associated with longevity, prosperity and good health, and also symbolises the trinity: Brahma, Vishnu and Shiva. The banyan tree was especially sacred to women as a symbol of fertility. 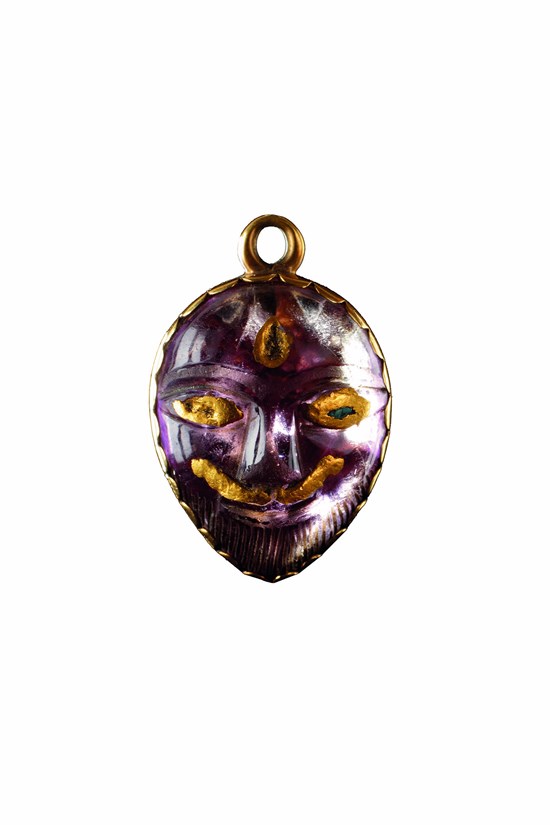 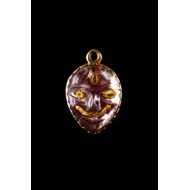 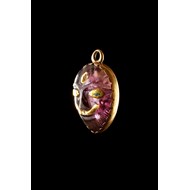 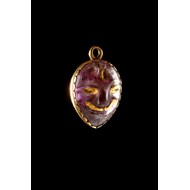 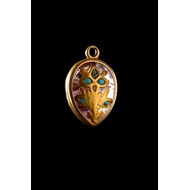 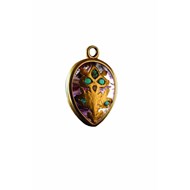