Caption Literature
A Rare Ancient Prehistoric Native American Hopewell Culture Carved Steatite Effigy Pipe Head in the Form of a Hawk
Inscribed ‘Bird Head Pipe Cooper Migh’
100 - 400 AD
Size: 7cm high, 6cm wide, 3cm deep - 2¾ ins high, 2¼ ins wide, 1¼ ins deep / 11cm high - 4¼ ins high (with base)
The Hopewell culture was characterised by the use of mounds and earthwork enclosures for burial and archaeological evidence has established traces of the culture in Michigan as well as Ohio, Illinois and Iowa. The effigy tobacco pipes of the Hopewell mound building culture are amongst the finest examples of Stone Age Art, so well sculpted that the particular species of bird or animal is immediately recognisable. Some of them, such as this one once had, have eyes set with points of copper or pearls. The large stone pipes were reserved for ceremonial use, and have been found as sacrificial offerings in grave contexts, sometimes placed above a burial to act as guardian spirits.
The ceremonial burning or smoking of tobacco was a sacrifice to the gods in the same manner as incense. Shaman would smoke tobacco in preparation for receiving oracles and messages from the spirit world. The pipe bowl was regarded as a miniature altar on which tobacco was offered to the heavens or ceremonially in honour of important guests. The animals and birds carved upon the pipes represented the symbol of a spirit personal to an individual, family or clan, that particular spirit providing protection throughout life. Hawks were a favourite bird, and in more recent history it was common practice among the Native Americans to capture and tame hawks and eagles. 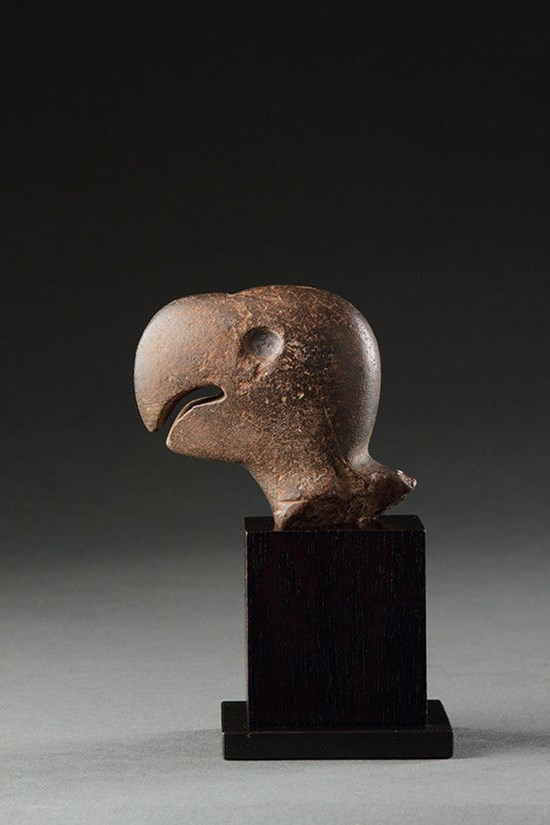 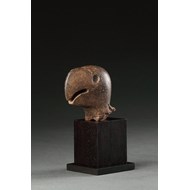 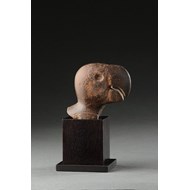 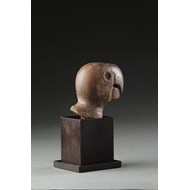 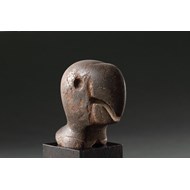 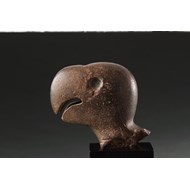 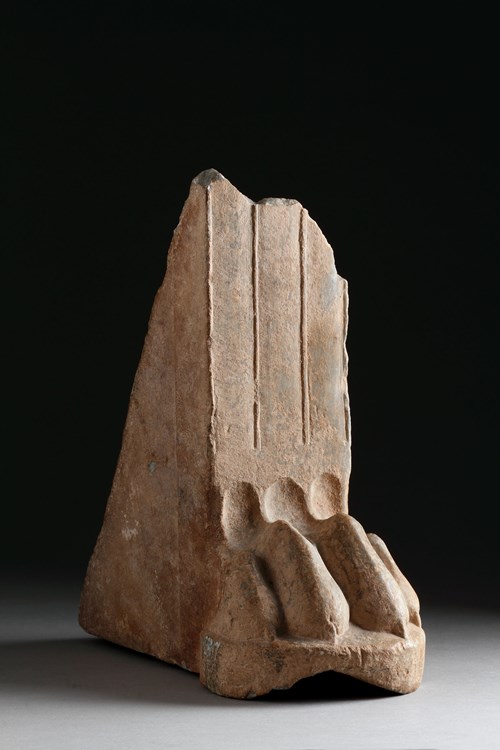 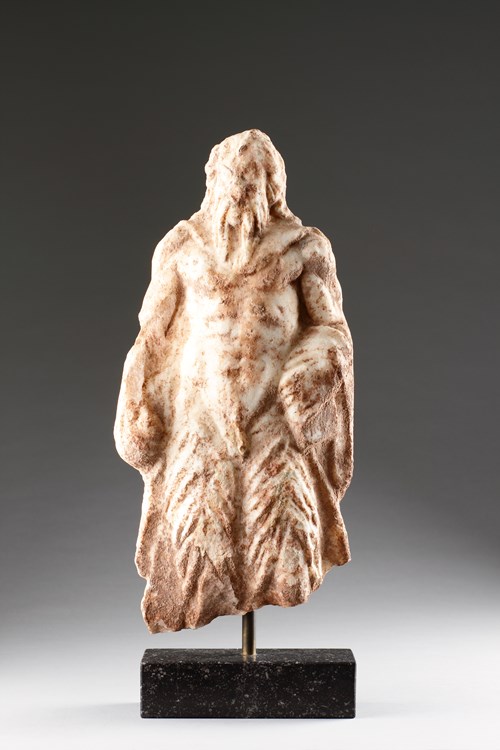 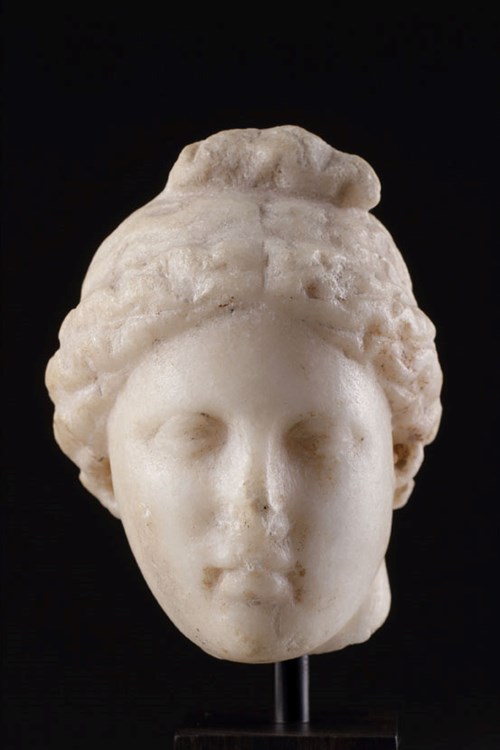