Caption Literature
A Romano-British Votive Bronze Figure of Tyche-Fortuna Robed in a Long Flowing Tunic and Mantle holding a flaming torch and sprigs of ripe wheat
1st - 2nd Century AD
Size: 9cm high - 3½ ins high
Worshipped as a bringer of good things, Fortuna was identified by the Romans with the Greek goddess of luck, Tyche ‘child of Zeus the Deliverer’. The Greeks believed that Tyche worked obscurely, lifting up one man and pushing down another; she was chance personified. In Italy, Fortuna was originally the bringer of increase, the luck of good crops and plentiful flocks. Gradually her cult assumed a much wider role, perhaps because luck is no respecter of persons. In fact her festival held every June was one of the few in ancient Rome in which slaves could attend together with free persons. Normally slaves or prisoners were considered to pollute any religious ceremony at which they happened to be present, so that elaborate precautions were taken to exclude them before proceedings began. Immensely popular the cult of Fortuna survived into the Middle Ages as Fortune’s Wheel. 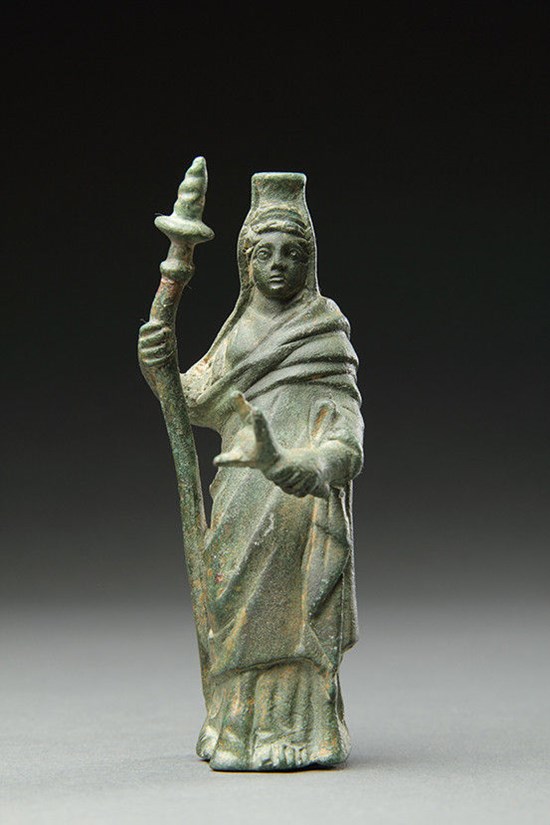 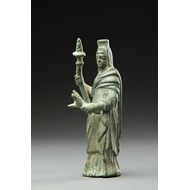 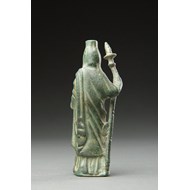 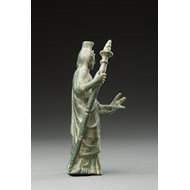 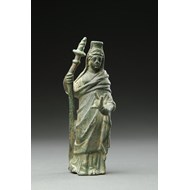 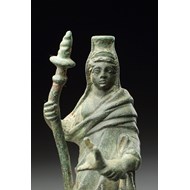 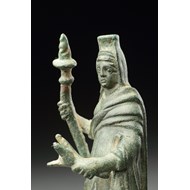