Caption Literature
A Fine Ancient Cypro-Classical/Hellenistic Carved Limestone Head and Shoulders of an Athlete Wearing a Fillet
Traces of red polychrome to the fillet
4th - 3rd Centuries BC
Size: 26cm high, 21cm wide, 15cm deep - 10¼ ins high, 8¼ ins wide, 6 ins deep
Although Cyprus was liberated from the Persians by Alexander the Great in 333BC the island did not enjoy a long period of freedom. After the death of Alexander in 323BC his successors quarrelled and Cypriot rulers became entangled in antagonisms, sometimes with tragic effects such as the annihilation of the royal family of Salamis in 311BC. In 300BC the Ptolemys finally became rulers of Cyprus and Alexandria. They introduced the political and cultural institutions of the Hellenistic world to the island, ruling Cyprus from Alexandria through high officials who resided in Paphos, where the capital had been transferred because it was easily accessible from Alexandria. They abolished the independent kingdoms of Cyprus and established a unified rule and a single currency. The Greek alphabet, which had been introduced to the island in the Classical period, but existed alongside the syllabic script, was now dominant throughout the island.
At the beginning of Ptolemaic rule Macedonian elements were still evident in Cypriot art, but the importation of bronze and marble sculpture from the Aegean, and the ease with which artists and sculptors could travel eventually began to undermine the old traditions of Cypriot limestone sculpture.
These beardless youthful male heads were produced on the island of Cyprus for setting up by worshippers in sanctuary enclosures. 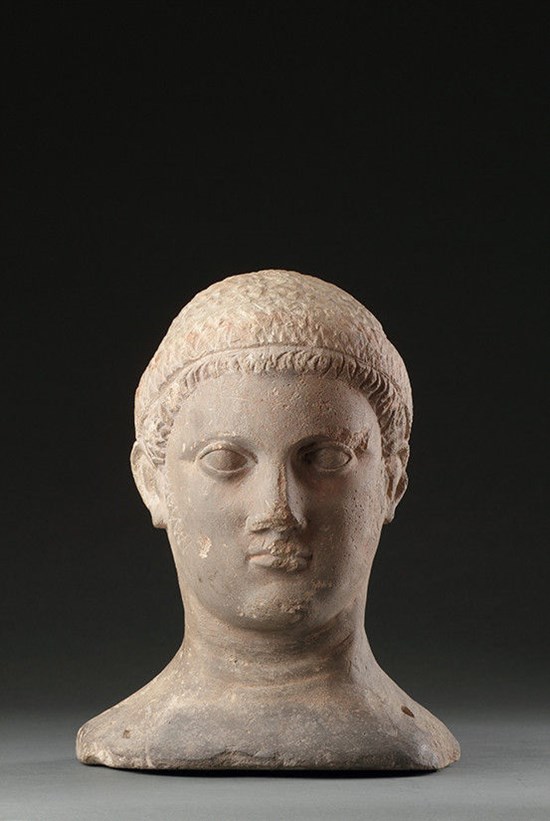 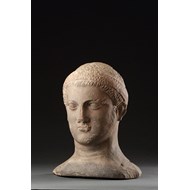 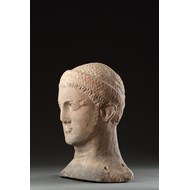 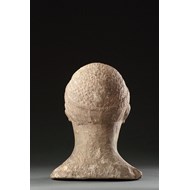 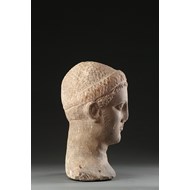 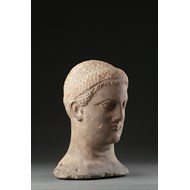 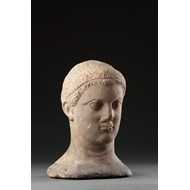