Caption Literature
A Native American Eastern Plains Dakota Sioux Engraved Red Catlinite Pipe Bowl in the Form of a Stylised Horses Head its Open Toothed Mouth Providing the Tobacco Bowl marked to the mane ‘W.O.R.’
Smooth polished patina with black tobacco smoke stained bowl and stem
Small chip to inside of bowl
Circa 1850 - 1880
Size: 7cm high, 10.5cm wide, 3cm deep - 2¾ ins high, 4 ins wide, 1 ins deep
The tobacco smoked by the Native Americans in the 19th century was ‘Nicotiana rustica’ which produces a heightened state of awareness and has a hallucinogenic effect. The smoker in a transcendent state would therefore come into close association with the animal sculpted on the pipe. Each animal served as a spirit guide or totem and would afford protection to the person smoking. Pipes were also smoked communally, and passed from person to person the ritual became a spiritual act, a way of unifying the mind of the community and of sending a powerful prayer or message to the greater universe, the creator and ancestors who could intercede on the tribe’s behalf.
Catlinite is a soft red clay or slate named for the famous American painter and recorder of Indian life, George Catlin (1796 - 1872). The main source was a quarry at Pipestone, Minnesota and the stone was widely traded throughout the Plains. The quarry is now a National Monument. 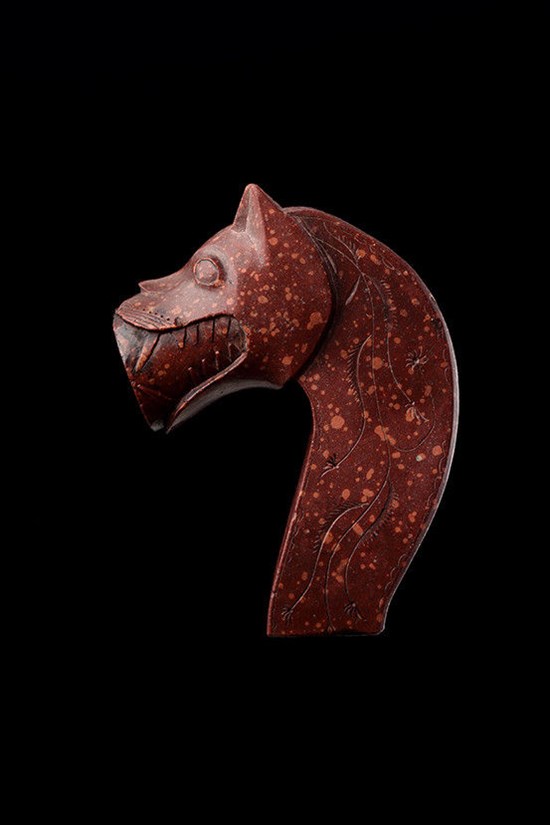 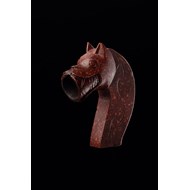 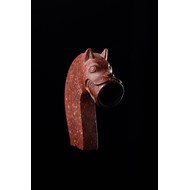 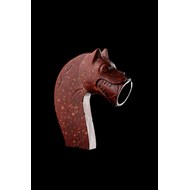 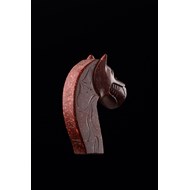 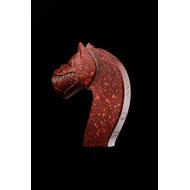 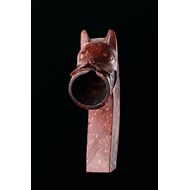